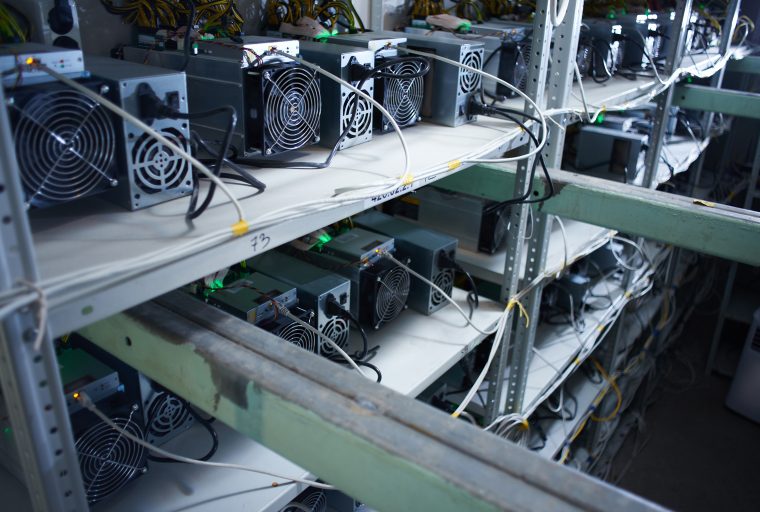 As the reward halving approaches, bitcoin miners are preparing new strategies so customers can reap the most profits from their hashrate services. On December 3, the mining operation Poolin introduced a hashrate auto-switch feature so clients can automatically switch between BTC and BCH mining. Moreover, a few days later at Bitmain’s annual customer appreciation meeting, the company’s CEO Jihan Wu explained the firm is offering three strategic mining offerings.

Bitcoin mining is extremely competitive, and currently there’s a lot of processing power pointed at the SHA256 consensus networks BTC, BCH, and BSV. Ever since miners could choose between the BTC chain and the BCH chain, the profitability between those two networks has varied. For instance, at the time of publication, it is 2.5% more profitable to mine on the Bitcoin Cash blockchain, but this metric can change often. 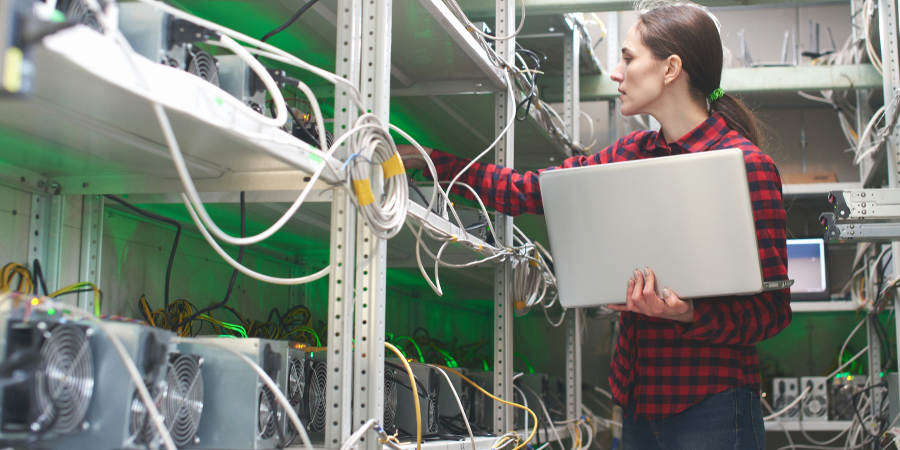 Similarly, the profitability between BTC and BCH can vary against BSV as well. Most miners process blocks on both the BCH and BTC chains, but a few operations mine all three chains depending on profit changes. Just recently, the mining operation Poolin announced a new hashrate auto-switch feature that will automatically connect to the most profitable chain between BCH and BTC. Poolin says that BSV will be included in the near future as well. According to Poolin, the hashrate auto-switch functionality will only work with cryptocurrencies using the same algorithm.

“We are thrilled to provide this feature that will increase profits for our miners, this hashrate auto-switch continues in the direction that Poolin has been forging, mainly, bringing excellence to this industry and customer-first service,” Poolin’s VP Alejandro De La Torre announced.

The mining operation Poolin mines both the BTC and BCH chain. Poolin also has dedicated hashrate on the BSV chain and will be offering auto-switch for BSV as well.

The hashrate auto-switch feature was discussed on crypto-centric forums and one person asked if the switching feature would “make block time variance worse.” “Not really since just 2.8% of BCH miners are from Poolin. It’s mostly annoying for Bitcoin since its difficulty won’t adjust as fast to switching miners,” a BCH supporter replied.

Following the announcement from Poolin, Bitmain’s Jihan Wu revealed three new strategies for customers at the company’s annual customer appreciation meeting. Regional reports from China say that the Bitmain CEO introduced “installment payments,” “option hedging” and “joint mining” services. With the installment payment system, big facilities that purchase 100+ mining devices can put 50% down. Let’s say they want to purchase 5,000 mining rigs, then only a 20% down payment is required. However, the buyer needs to settle up seven days before the items are delivered. Jihan Wu also told attendees about the option hedging plan that will protect the price of bitcoin. He said that Bitmain plans to purchase options from the company Matrixport in order to combat price dumping. Local reports detail that the Bitmain option product is called the “Bitcoin 2020 / 3 / 27 35000 CNY Put Option.”

In addition to the installment payments and option hedging, Jihan Wu spoke about offering a joint mining service that lasts 12 months. Reportedly, Bitmain will provide S17 mining rigs and pay the electrical costs, but the buyer needs to provide a facility and maintenance personnel. “The income during the cooperation period is settled on a monthly basis, which is distributed as 25% for the partners and 75% for Bitmain,” 8btc columnist Vincent He explained. “If the revenue cannot offset the electricity charge, no distribution will be made.” 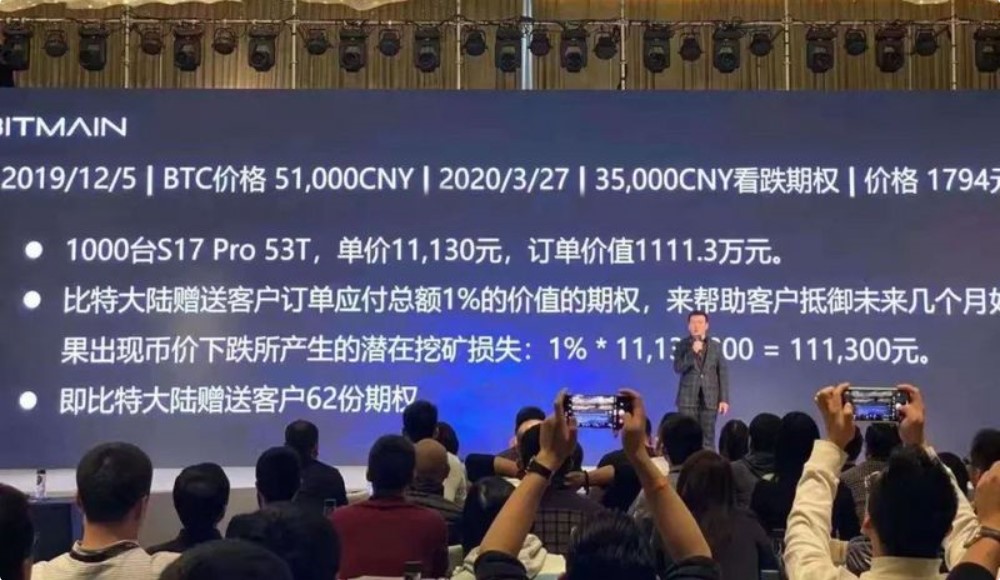 It’s likely that many mining operations will change their structure and offer new features as signs of this trend have been cropping up six months before the reward halving. On Halloween, Bitcoin.com published a video of professional miners from around the world explaining what they think will happen when the block reward shrinks. The film included mining heavyweights like F2Pool’s Global Director Thomas Heller, Hyperblock’s CEO Sean Walsh, and Genesis Mining CEO Marco Streng. Some of the miners’ predictions in the video showed why SHA256 mining operations are trying to profit with new types of provisions like hashrate auto-switching and joint mining services.

“If you look at six months before the halving and six months after the halving in both previous instances you see a massive upward surge in the price of bitcoin,” Sean Walsh remarked in the film. “It is a bit scary being a miner and knowing that your revenue stream is gonna get cut in half overnight, but the exchange rate will more than compensate for the reduction in our bitcoin denominated revenue.”