After ongoing stock market volatility, blamed on technology stocks, interest rate hikes and trade disputes, the bears are calling a possible crash. Meanwhile, as money flows out of the conventional markets, cryptocurrencies are green and gaining. Cryptocurrency market capitalization is now up over $9 billion. 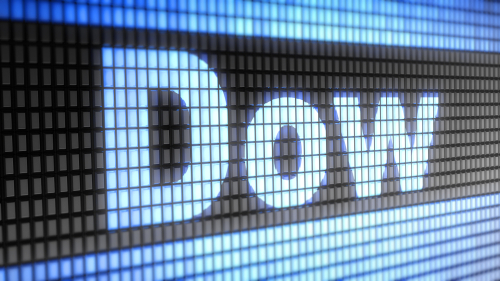 This time healthcare products rather than technology stocks might be the blame for the Dow’s fall. Johnson and Johnson’s stocks fell dramatically over reports of asbestos in the iconic brand’s baby powder. UnitedHealth stocks also fell after part of the Obamacare Affordable Care Act was ruled unconstitutional.  Goldman Sach’s is in the spotlight too, after being accused by the Malaysian government of misleading investors over bond sales underwritten by the Wall Street Giant.

The overriding reasons for the fall are also still much broader and do still point back to the threat of interest rate hikes by the U.S Federal Reserve this week as well as trade and diplomacy issues with China striking again.

A Major Buy Signal – For Crypto?

One “relentless” bear, former congressman Ron Paul, is warning of an epic market collapse. He says a downturn could be “worse than 1929” but if liquidity is allowed it doesn’t have to be a long one. Paul told CNBC:

“Once this volatility shows that we’re not going to resume the bull market, then people are going to rush for the exits.”

Indeed, it appears today stock market investors are doing just that. Maybe they are buying elsewhere…

An American Association of Individual Investor’s survey puts “bullish” market sentiments at their lowest since mid-2016. Yet ever bullish Fundstrat’s Tom Lee believes the bearish sentiment indicates the market is ready for buyers:

“We believe sentiment has reached an extreme bearish level that historically is a major contrarian buy signal.”

After writing that in his note to clients earlier today it seems investors are buying, but not stocks. Money is flowing back into cryptocurrencies. At the time of writing the overall market capitalization is at $113.9 billion and still rising. Bitcoin (BTC) is still up over 8% and has broken the $3,500 threshold. Ripple’s XRP is up 14% and EOS now a massive 26%. CCN reported on its 21% rise earlier today.

Images from Shutterstock and CoinMarketCap.com