According to an estimate by recycling and waste management company Covanta Holding Corporation, Americans literally throw away $62 million dollars a year worth of spare pocket change. Covanta offered CBS News a theory along with the estimate “that the coins are probably tossed accidentally.”

Coinstar to Sell Bitcoin for Pocket Change at US Grocery Stores

With an average yearly inflation rate calculated by most economists of about 2% since 1913 when the Federal Reserve first began issuing banknotes and coins produced by the U.S. Mint, a pocket full of change has never been worth less than it is now, so it’s no wonder Americans aren’t being so careful with their change and even just throwing it out.

What are you supposed to do with pennies and nickels? Dimes? There’s not a thing you can buy with those, and they make too much noise jingling around for something worth so little.

All you can do is save those up in a big plastic container for a year, marvel how heavy the thing is when it’s full, and then pour in your buckets full of junk metal for a coin counting machine to issue you a nice, crisp banknote for $20.

It’s kind of like a little taste of hyperinflation.

A Little Taste of Hyperinflation 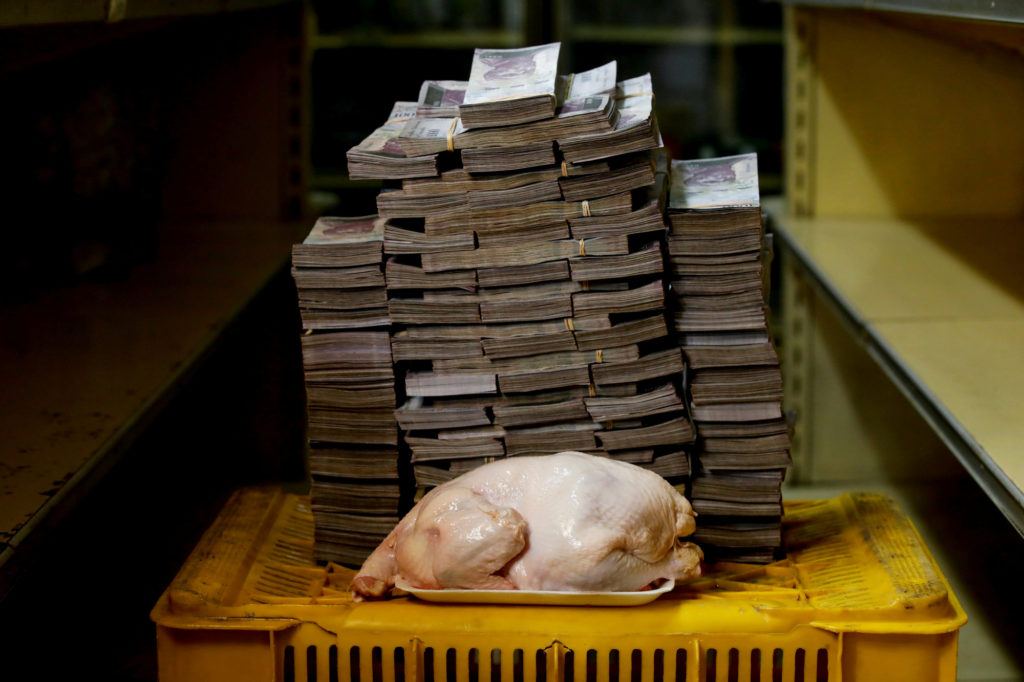 You know those stories from countries that created so much currency that people would bring wheelbarrows with piles of notes to the store to buy a week’s worth of groceries and someone would steal the wheelbarrows, but leave the piles of notes?

This kind of scenario, although it’s humorously outlandish, has really happened many times in history, most recently in Venezuela and quite notoriously in Zimbabwe.

It happened in Germany after World War I, and it even happened in the United States to an extent right after the Revolutionary War. While it sounds cartoonish, it’s real and devastating.

If you use United States dollars as your main currency, America’s economy is so massive, resilient, and spirited, that even massive wealth redistribution through the socialist banking system’s official policy of monetary expansion and gradual currency debasement has not been enough to create this terrible economic scenario.

Instead, your currency’s only been burnt around the edges – those practically worthless, jingling pocket coins. It’s no wonder that many people would rather toss the already practically worthless coins of a currency that will only continue to depreciate every year in the trash than save them.

Holding Your [Bit]coins with a Tighter Fist 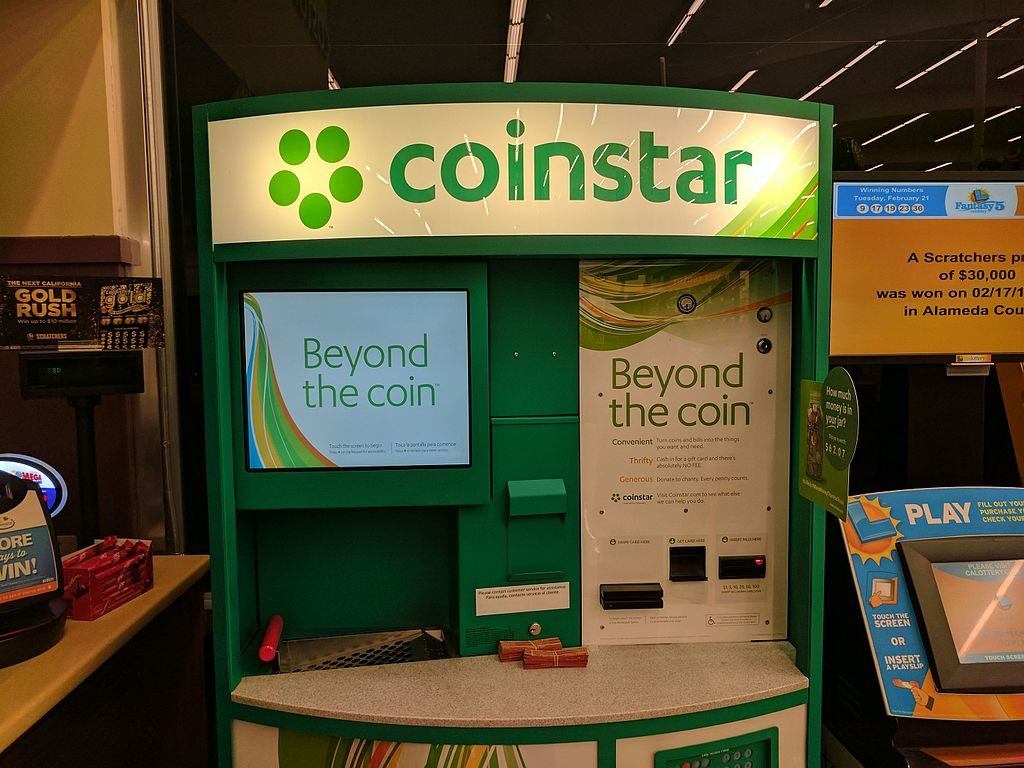 Coinstar users in select US states can convert their loose change into bitcoin. | Source: Wikimedia Commons

But people might be a lot more careful with their pocket change if there was some way it could be more valuable. Soon one way to make it more valuable will be to toss it into a Coinstar machine and convert it from the dust of a depreciating public currency into bitcoin, an appreciating, private, free market currency with a definite and fixed supply.

And even though Americans throw a lot of change out, there are many who save it up, which is how Coinstar built their coin counting kiosk business in the first place. Now they’re teaming up with bitcoin ATM company Coinme to turn people’s change into bitcoin.

The big contribution of eBay was how it took millions of dollars worth of valuable inventories just sitting around in people’s garages and attics and turned it into cash for them and capital for the buyers. Uber took millions of dollars worth of unused private vehicles and turned them into cash for their owners and capital for the riders.

There’s a lot more change out there too than just the $62 million a year that Americans are throwing away. Think of how much money is sitting around in jars in garages and attics around the country. Coinstar and Coinme are about to help people set those untapped resources free and turn them into capital to keep moving the economy and make us all a little richer.