JP Morgan: Crypto Value Unproven, Bitcoin (BTC) Could Fall as Low as $1,260 in Near Future

JP Morgan has doubled down on their criticism of Bitcoin (BTC) and Crypto in general in a recent report analyzing the nascent markets. Within this report, analysts at the financial institution made multiple claims regarding the markets, notably saying that Bitcoin may only be a good hedge in a “dystopian scenario.”

This bearish report does not come as a surprise to the crypto industry as a whole and is likely the result of a trickle-down effect of anti-cryptocurrency rhetoric stemming from the bank’s top-executive – Jamie Dimon – who is an outspoken critic of Bitcoin.

The 2018 bear market that has now spilled into 2019 has fueled much of the anti-crypto rhetoric that opponents of the markets frequently peddle in interviews and opinion pieces, as price-based success currently remains one of the most prominent indicators that the market’s foes reference when making their cases against the technology.

As reported by Reuters, JP Morgan notably called into question the value of cryptocurrency, suggesting that it may only see widespread adoption in a dystopian future where individuals lose faith in traditional safe haven assets like gold, silver, and the US Dollar, and are unable to utilize existing global payment systems.

As evidence of this claim, JP Morgan cites the dwindling support of the digital assets by financial institutions, claiming that futures trading volumes signal that over the last six months, individual investors have been accounting for most of the buying.

“Even in extreme scenarios such as a recession or financial crises, there are more liquid and less complicated instruments for transacting, investing and hedging, in part due to the scale afforded by fiat currencies’ legal tender status,” Jan Loeys, JP Morgan’s managing director and analyst wrote in the report to the bank’s clients this week.

It is important to note that multiple major corporations and institutions have, in fact, been expressing growing interest in the markets over the past several months, with institution-focused cryptocurrency platforms garnering major support, with companies like Fidelity Investments and the ICE-backed Bakkt both developing products.

The bearishness of the report’s authors becomes especially apparent when considering their price prediction for BTC.

In the report, Loeys claimed that if the bear market persists, BTC could plunge as low as $1,260, with cost support existing around $2,400. 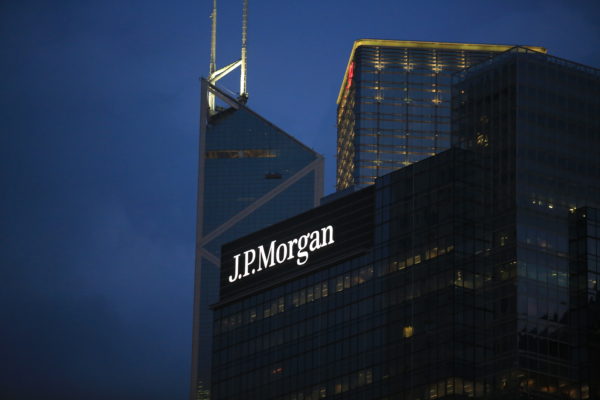 This overwhelmingly bearish sentiment has been frequently expressed by the bank’s CEO, Jamie Dimon, who just recently told CNBC in Davos that he “didn’t take any” pleasure in seeing Bitcoin’s price crash, and further noting that he is still a proponent of Bitcoin’s underlying technology: blockchain.