Economists have long suspected a correlation between Bitcoin’s price action and its hash rate. Now, it appears there is a way to predict the market by looking at what happens when Bitcoin’s difficulty is negatively adjusted as hash rate drops.

According to a recent analysis performed by PlanB (@100trillionUSD), there appears to be a direct correlation between Bitcoin’s price and its difficulty adjustment cycle. 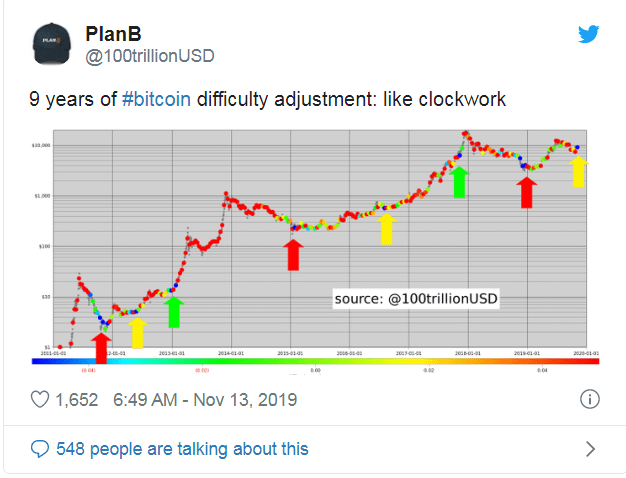 Looking at the chart, it is clear that there is a three-phase relationship between Bitcoin’s price action and its mining difficulty. After each all-time high, we can see that mining difficulty gradually increases for a short period (shown as red dots), before slowing down (green and orange dots) and eventually decreasing during each difficulty retargeting period (red dots).

The concept here is that the arrows indicate miner capitulation. As we can see, shortly after Bitcoin’s value reaches an all-time high, difficulty tends to reduce while miners capitulate in the subsequent months. This capitulation is at its greatest at the base of every bearish run, as can be demonstrated by the abundance of blue dots (reduced difficulty)

After miners capitulate, Bitcoin tends to see a transient price increase, followed again by a negative difficult adjustment during which miners again capitulate (yellow arrows). This again leads to bullish price action, which eventually cools off, leading to a negative difficulty adjustment and subsequent miner capitulation, This proceeds to happen a third time, with this miner capitulation (green arrow) instead leading to Bitcoin reaching a new all-time high. 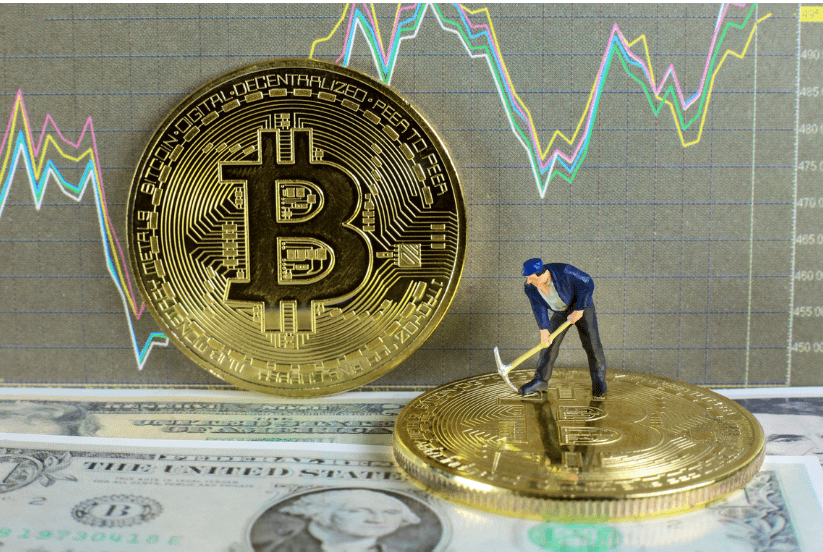 Based on the chart, we can see that since late 2018, Bitcoin has already experienced two out of three miner capitulation cycles: the first in December 2019 (red arrow) and the second just recently (yellow arrow). Because of this, if the trend continues for the third time, Bitcoin could be on the cusp of another significant pump in the coming months, whereas the next phase after that could yield another all-time high.

Why exactly this pattern occurs remains a mystery, but may have something to do with the release of more powerful, or more efficiency mining equipment. Understandably, as Bitcoin’s price drops, so too does the profitability of Bitcoin mining.

However, with the advent of more cost-efficient mining hardware, miners are again given the opportunity to profit, leading to an increase in both the Bitcoin hash rate and mining difficulty until mining once again becomes unprofitable—beginning the cycle anew.