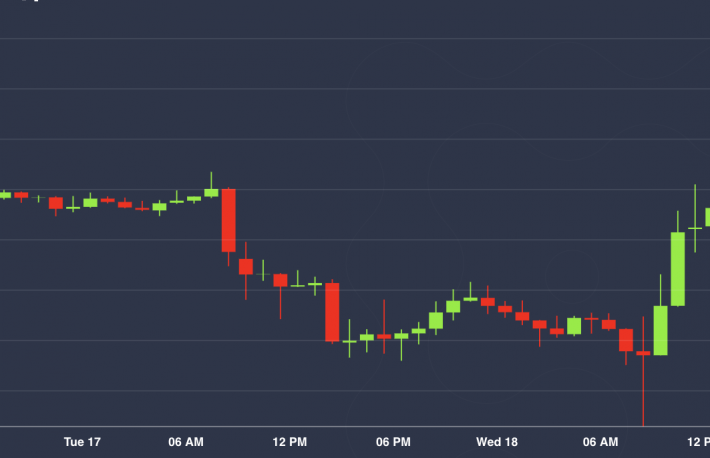 That's because the price of the cryptocurrency took a sharp U-turn in the course of trading on Wednesday.

The day started quite dreary for HODLers. Candlesticks slowly and solemnly strode across the bitcoin chart in the upper half of the $ 6,000 range for much of the early morning hours.

Then, at precisely 7:51 a.m. ET, as New York traders were sitting on their desks and sugaring their coffees, another selloff began.

Yet a minute later, 897 were traded on the exchange and prices seemed to stabilize at around $ 6,537. The lull was short-lived; another selloff with 986 bitcoins finding their way to new accounts.

It took a few hours from there but at that point, the excitement was in the air. Bitcoin poked around the $ 7,200 resistance level at around 3:30 p.m. but didn't have the gumption to break above.

Nonetheless, as New York equities markets close and volume tapers off, traders are once again eyeing that $ 7,200 like a snake who stumbled into a mouse hole.