The US stock market posted huge losses ahead of the holiday close as investors absorbed the Federal Reserve’s interest rate hike and a bunch of other bearish economic data.

White House trade advisor Peter Navarro said Friday that the trade war between the US and China would not come to an end in near-term. He confirmed that the 90-day talks between the two economically powerful nations did not yield any substantial outcomes, blaming Beijing for not overhauling its economic policies.

For the week, the Nasdaq shed 8.4 percent, the S&P 500 wiped 7.1 percent, and the Dow Jones declined 6.9 percent. It was the worst week for Nasdaq and Dow since 2008 and the S&P’s weakest performance since 2011. On Friday, the US stock market posted peak combined trading volume, its best since August of 2011, in an event known as “quadruple witching.” The day marked the expiry of options and futures on both stocks and indexes. 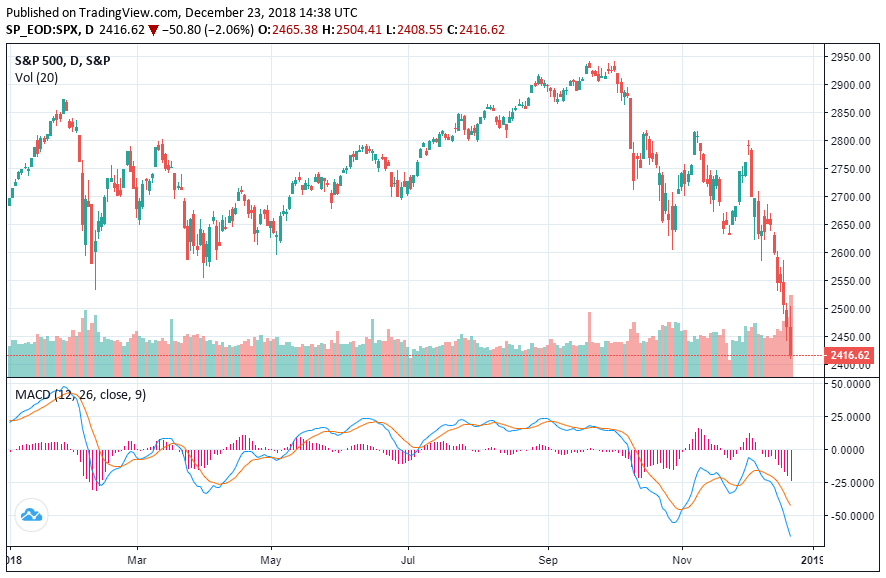 The mid-cap S&P 400 also confirmed a strong bearish bias in its market.

The interim recoveries are looking unlikely due to unfavorable political situations in the US. President Donald Trump is looking at a partial government shutdown as his pet funding priorities, which include the building of a wall along the Mexico border, remain unlikely to clear the Senate.

The persistent bearish nature of the US stock market allowed investments to flow back into the US Dollar Index. The DXY had fallen two days in a row after the Fed’s rate hike. It is likely to see further jumps next week as the Trump government, as discussed above, heads into a partial shutdown scenario. 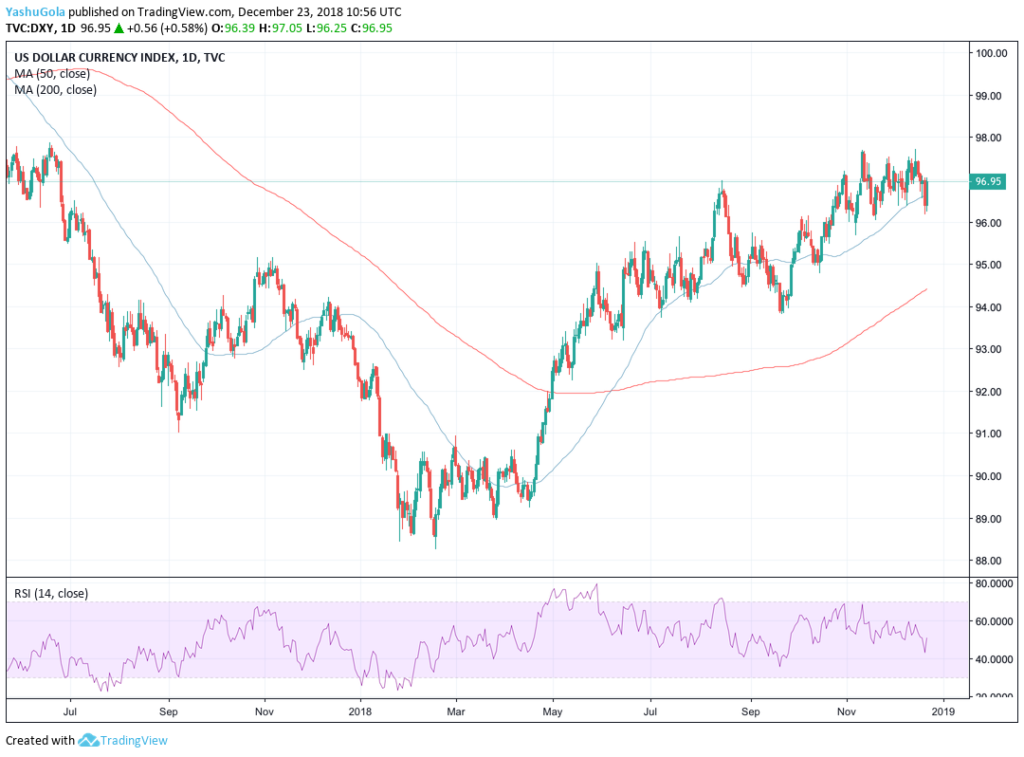 The economic reports that made to the wire on Friday made little to no change in the DXY price action. According to the commerce department, the third-quarter projections have been revised down to 3.4 percent, owing to lower consumer spending and exports. The Federal Reserve expects to raise interest rates further in the coming quarters which could threaten the survival of small companies in debt. Eventually, it would weigh on corporate sentiment.

Compared to its mainstream counterparts, bitcoin showed signs of recovery this week, rising as high as 35 percent from its new-found interim bottom at $3,217. The digital currency asset established a primary resistance zone above $4,300, before rebounding to establish an equally stronger support zone above $3,900. 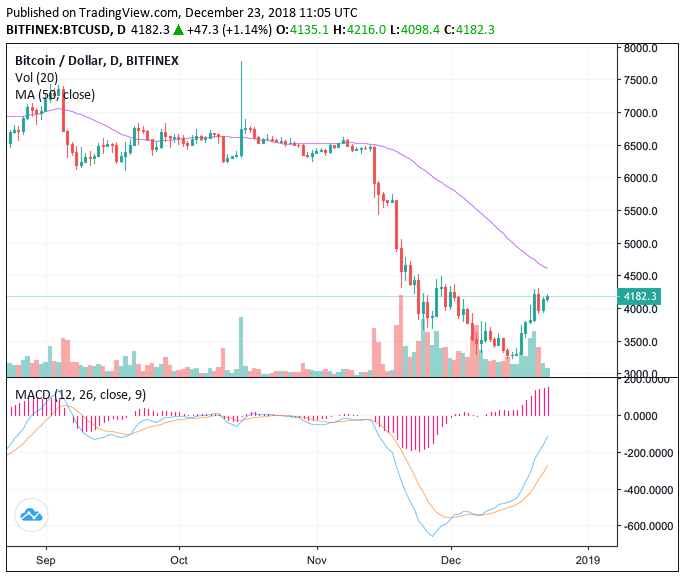 The bitcoin market brought no fundamental evidence that could support its counter-trend rally. The fact that it still remains in a larger bearish bias means that bitcoin could form a double bottom towards $3,127 as upside sentiment wears off near fresh recent highs.

Disclaimer: The author holds cryptocurrencies and engages in intraday trading.