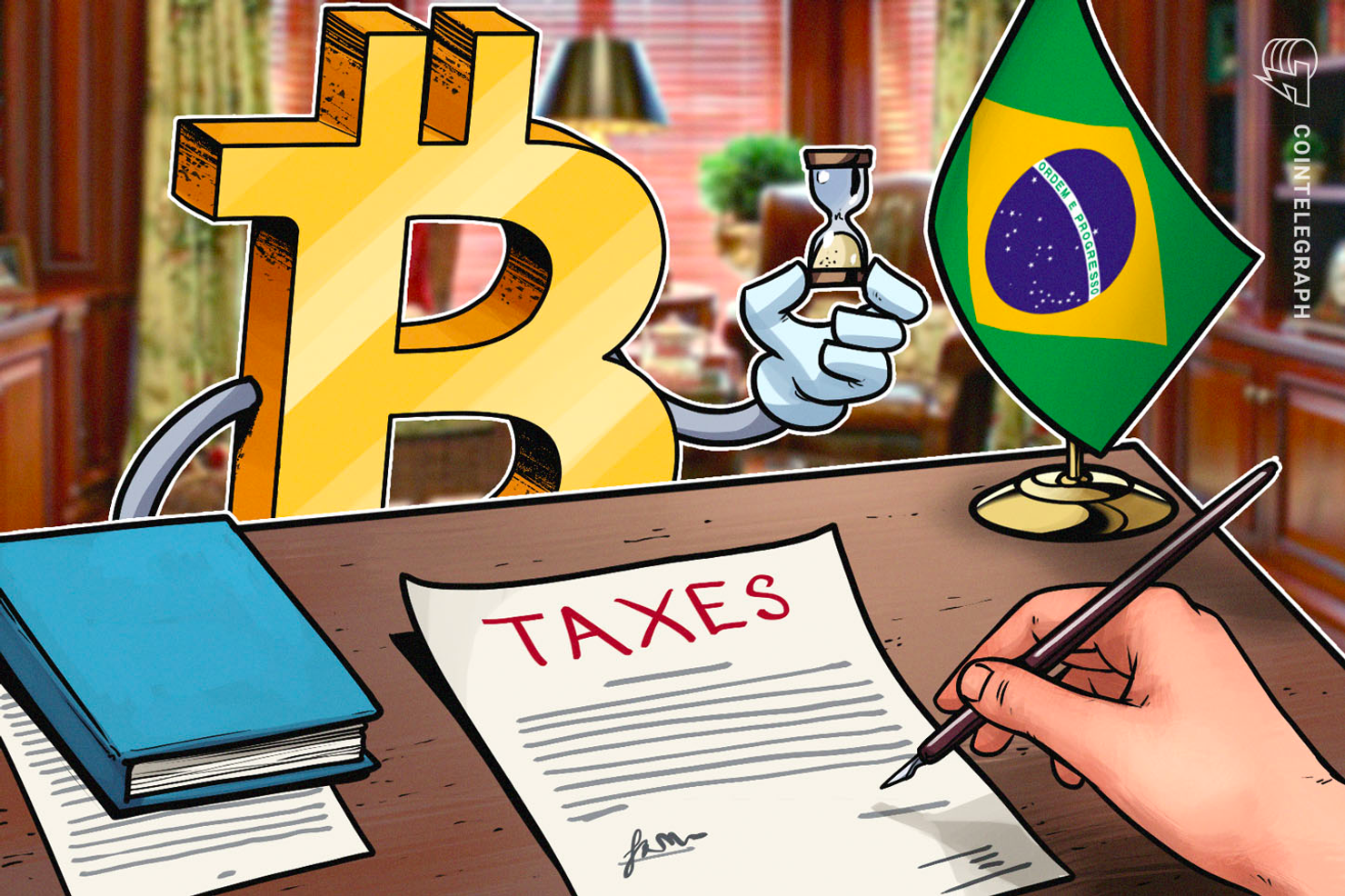 Brazil's tax agency, the Department of Federal Revenue (RFB), published a new tax code that specifies fines for taxpayers who fail to declare their Bitcoin (BTC) and cryptocurrency transactions.

On Dec. 6, Cointelegraph Brasil reported that the new crypto tax code is a further follow-up to provisions made by the RFB in August that require Brazilian citizens to report all transactions involving cryptocurrencies, in accordance with rules established by Normative Instruction 1,888 introduced in May 2019.

The already implemented tax code applies to individuals, companies and brokerages, and includes all crypto-related activities, including buying and selling, as well as donations, barters, deposits, withdrawals and others.

Those who fail to file a statement on their crypto transactions will be subject to penalties ranging from 500 Brazil reals (BRD) to 1500 BRD, or from $120 to $360.

In August, Cointelegraph reported that RFB believes that the cryptocurrency market in Brazil has more investors than Brazil’s second-oldest stock exchange, B3, which reportedly had about 800,000 customers at the time.

RFB almost ran out of money

At the beginning of September, Cointelegraph Brasil reported that the RFB said that it will run out of funds by the end of the month. The tax authority reportedly said at the time that if the Brazilian government does not unlock financial resources, the tax agency would terminate agreements with contractors, stop issuing individual taxpayer registry identification numbers and paying income tax refunds.

Cryptocurrency exchanges also risked being affected, as the requirement that they report all user data and transactions involves the use of an RFB system. If the system shut down, crypto exchanges would simultaneously be legally compelled but unable to comply with data reporting requirements.