Due to dry conditions and a 30% rise in electricity consumption expected this winter, officials in China’s Sichuan province reportedly compelled players in the region’s cryptomining sector to attend a meeting on December 27th. 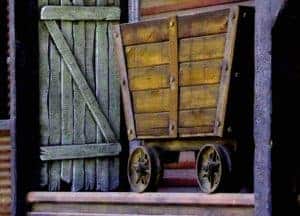 According to 8BTC, the meeting involved, “participation of 12… regulatory bodies including (the) department of natural resources, (the) tax bureau, (the) local branch of the State Grid… Local power plants and ten companies associated with bitcoin mining including a Bitmain-owned firm… ”

“An official told us that the aim of the meeting is to collect opinions from all parties on the phase-out of bitcoin mining operations, which is definitely not a one-size-fits-all shutdown.”

Officials from the Ganzi Tibetan Autonomous prefecture in Sichuan issued a notice December 24th describing a comprehensive aerial inspection of the region’s power grid they had recently performed.

In the notice titled, according to automated translation, “Ganzi Prefecture Actively Doing Well in Winter,” the government of Sichuan states it, ”invested more than 56 million yuan, and used unmanned aerial vehicle inspections and manual inspections to inspect lines and equipment that may be overloaded, fully loaded, and severely overloaded, and to improve emergency inspections and emergency repair plans in severe weather. This year, 628 transmission lines and 22,800 kilometers were inspected, 5031 hidden dangers were rectified and 2075 defects in transmission and transformation equipment were eliminated. ”

8BTC states that bustling cryptomining in Sichuan has taken a civic toll:

“(S) ince 2018, the (Sichuan) region has been regulating the bitcoin mining sector in the name of cleaning up illegal constructions… and controlling noise pollution. The head of Kangding (a county in Garze)… told us that bitcoin mining farms do not pay any taxes or fees to local authorities, but a large number of migrant machine maintenance personnel, the hanging wires and (the) loud noise and heat mining machine (s) generated, have posed high risks to the public security and environment in the region. ”

8BTC also claims that China’s official opposition to cryptocurrencies is contradicted by an apparent, “willing (ness) to turn a blind eye to (cryptomining operations) as long as those mining operations keep low-key and stay out of troubles.”

The plants also reportedly did so without a requisite license.