Bitcoin price on Friday surged more than 7% against the US Dollar on a 24-hour adjusted timeframe.

The bitcoin-to-dollar rate noted sudden spikes at the beginning of the US session after spending the day inside a narrow trading range. The move occurred just near $3,600, the resistance of said narrow range, giving the market a minor breakout scenario in its own way.

The US Dollar fell broadly Friday as investors predicted Federal Reserve policy to be bearish for the greenback next year. The conclusion got derived from the Fed funds futures which showed that the odds that the central bank would raise interests by the end of Q4 2019 are less than 1%., showing a 32% decline. 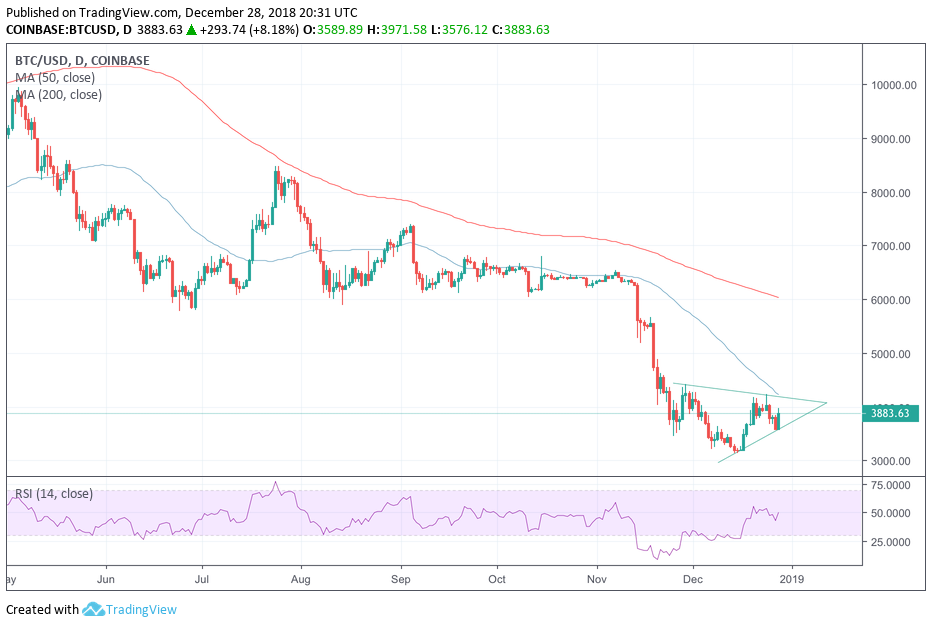 It now looks that some part of dollar weakness is heading inside the bitcoin space, because the digital assets is unable to provide any interim fundamental to expain the rally. Bitcoin is likely to retest $4,000 as its potential resistance, while eyeing the pre-Christmas peak of $4,236 on Coinbase.

Technically, the price is seemingly coming to the end of a bear pennat formation, a brief pause of consolidation before bitcoin reasserts itself towards further downside action. The theory comes closer to the currenct price action while compliment the RSI momentum price indicator which, once again, is showing signs of aggressive reversals from 55-60 neutral range.

The hourly chart has put Bitcoin already inside its oversold area, according to the RSI inidcator. It has allowed us to begin the day with a short trade, while keeping our parameters fixed between $3,903 as interim resistance and $3,824 as interim support. 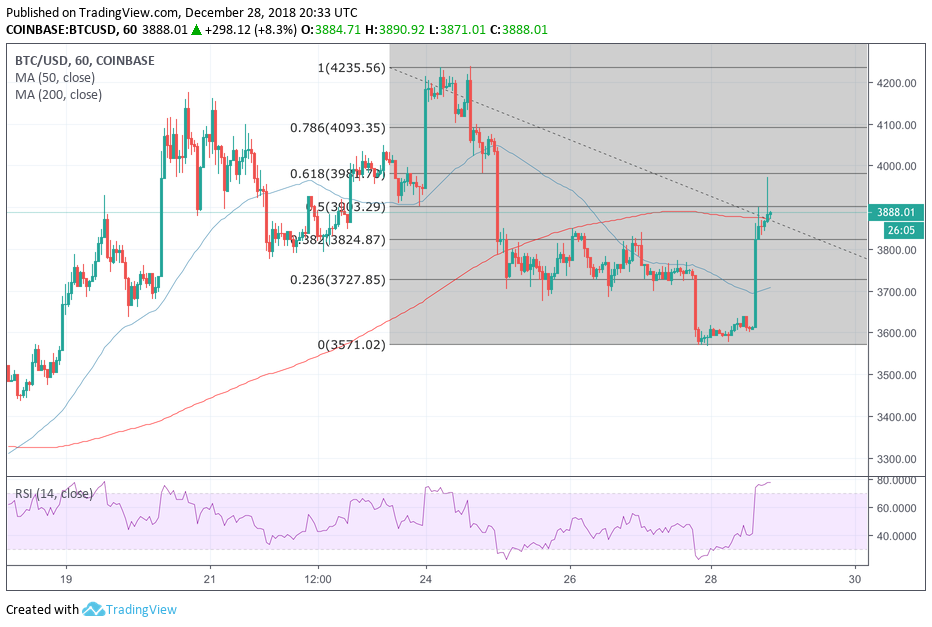 That said, we are first entering a short towards $3,824 on a bounce back from $3,903. At the same time, we are maintaining our stop loss just $5 above the entry point to ensure we keep the risk low.

If bitcoin attempts a break above $3,903, then we will switch our strategy and open a long position towards $4,000, our psychological upside target. A stop loss just $5 below the entry point will meanwhile minimize our losses in case the bias reverses.