The Johannesburg government website in South Africa was attacked. The hacker asks for 4 bitcoins

The Johannesburg government website in South Africa was attacked. The hacker asks for 4 bitcoins

Beijing time on the 28th, according to foreign reports, South Africa's Johannesburg government website has been hacked recently, because the hacker organization requires the use of bitcoin to pay ransom, the site is currently in a state of paralysis.

After the attack, according to local news media on the day eNCA, cybercriminals claimed to be "assassination killers" and demanded redemption of four bitcoins worth about $30,000. Otherwise, hackers threaten to upload stolen data to the Internet by October 28: "If you pay on time, we will destroy all data and send you information about how we invaded your system and security vulnerabilities." IT department. Complete report.

According to the information displayed on the city's employee computer, the deadline for paying the ransom is 5 pm local time on October 28th. According to the news, hackers have discovered multiple backdoors or vulnerabilities through which they can control how the city works.

The cybersecurity expert in Johannesburg launched an investigation into the incident and it is expected that the investigation will last for 24 hours. 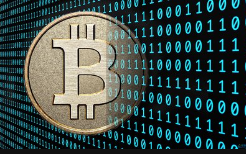