The miner is operating normally but does not have the same hash rate in the Mining Pool?

When you connect to the Antpool, the backstage may show that the miner is working, but the Antpool does not show it. Therefore, the investigation can be carried out according to the following situations.

1. Due to the short mining time and the low hash rate of the miner, etc.

The miner has not submitted data to the Antpool. This situation can be observed for 10-15 minutes according to the miner's hash rate.

For example, the user name set in the mining software and the miner backstage are inconsistent. The Antpool address is misspelled, etc.

Taking BTC as an example, the mining address of the Biyin Antpool is:

Fill in the Worker part of the miner backstage as:

(Take S9 as an example of miner backstage configuration)

It is common in ASIC miners. It is usually caused by power outages or network fluctuations when the miner is working, and the miner is not online when it is turned on again. The usual solution: restart the miner again.

It is shown as inactive or inactive on the Antpoolside.

At the same time, the latest submission time in the active miner must be less than 3 minutes away from the current time. Otherwise, it will be classified mainly as inactive.

The time at LSTtime in the backstage of the miner must be less than 3 minutes. 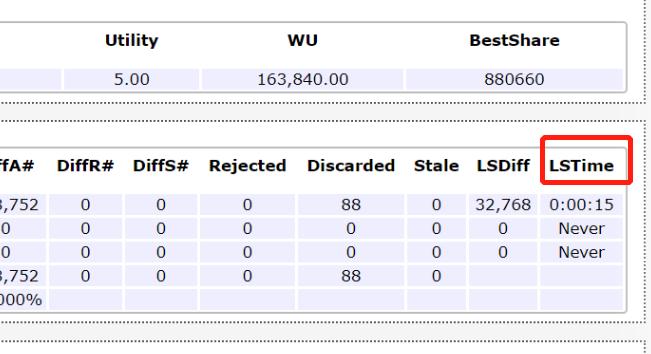 Please get in touch with the mining farm staff and verify.

(1) Ping the network status, click to refer to [How to ping the mining address].