What are the failures phenomenon of firmware upgrades of Ebang miners? 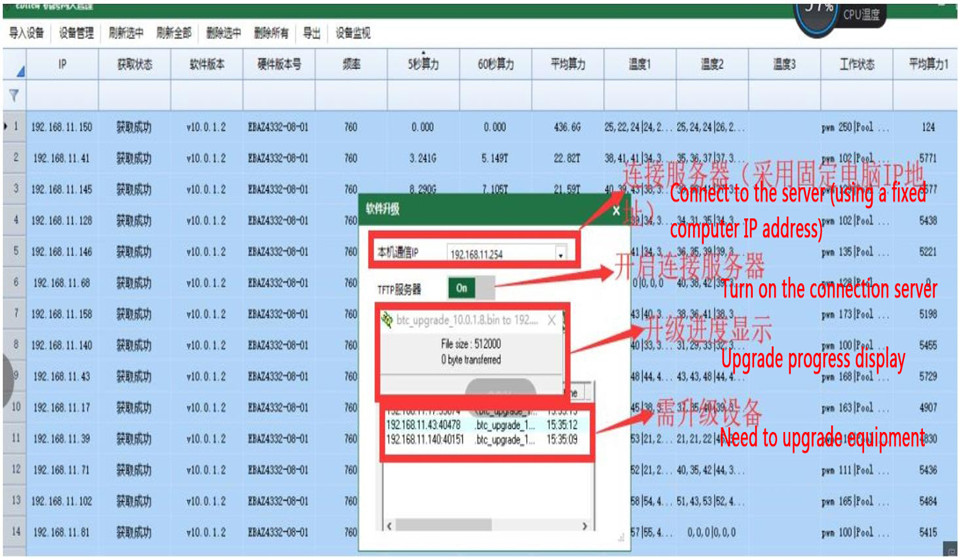 If the upgrade is unsuccessful, there will be no change in the firmware version. The following phenomena:

1. Turn off all antivirus software on the computer (such as 360 Security Guard, 360 Antivirus Software)

2. Turn off the system firewall;

3. Use a computer with a fixed IP address to connect to the server;