ASIC miners have become the leading cryptocurrency mining tools with high hash rates and power consumption ratios. This hardware concentrates a large number of ASIC chips on a printed circuit board. Its name is a “Hash board.” Depending on the model, a hash board will contain dozens of ASIC chips. They are similar to those of a computer. A miner generally consists of three hash boards, dozens or even hundreds of ASIC chips. Depending on the miner’s model, the ASIC chip used will also be different, and many repairers will have doubts about which chip model to use. We will take Bitmain’s Antminer 17 series as an example to introduce some issues related to ASIC chip classification.

Why do you need replacement BM1397 chips?

As you may know, the chip will generate a lot of heat during its operation. With long-term and uninterrupted operations, the temperature will increase. Excessive temperature will quickly lead to chip failure or damage. That is why Bitmain opted for tin between heat sinks and chips in the Antminer 17 series. However, this has brought its new set of drawbacks that weigh heavily in the balance. In particular, the temperature differential of your cooling and the chip causes crumbling in the tin, which will create the formation of small balls of tin that will get lodged in the legs of your chips to turn into shorts and potentially do permanent damage.

We have found that different types of ASIC chips can replace the original chips of your hash board. For example, the Antminer T17, S17, and S17 Pro can share all four kinds of ASIC BM1397 chips. Next, we tested the Antminer T17+ and S17+ hash boards, respectively. We have found that these hash boards can mix the following two types of ASIC chips: BM1397AG and BM1397AI. This is very useful when the ASIC chips of a specific model are out of stock! But what about the explanations behind each ASIC chip? 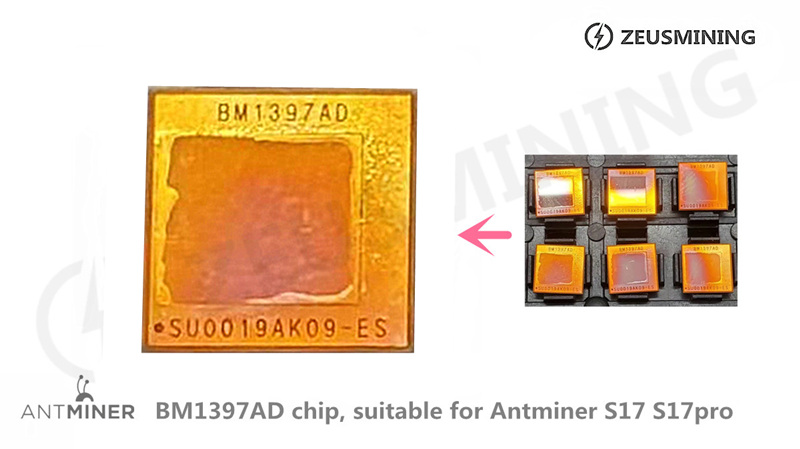 This type of chip has greater flexibility at high temperatures. This is what allowed the T17+ and S17+ variants to make their debut. The BM1397AG chip is also found on the T17, S17, and S17 Pro models. Since it is located on many hash boards and includes all models, the BM1397AG is an asset in an ASIC repairer’s inventory. 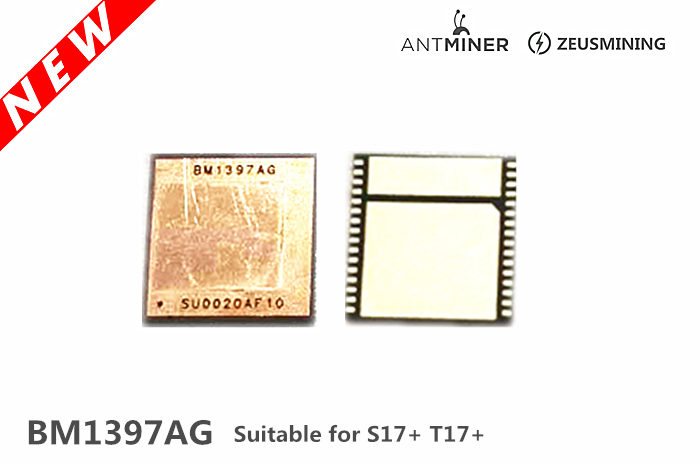 This chip solves some of the problems encountered in the previous versions on the T17, S17, and S17 Pro, ensuring that the hash board can have a stable hash rate even when the voltage is insufficient.

The latest BM1397AI chip has a broader application range and is the first choice for ASIC maintenance personnel. It applies to all 17 series models (except T17e and S17e). BM1397AI can be found on T17, S17, S17 Pro, T17+ and S17+. It is known for its signal clarity, backward compatibility, and significantly improved stability. In addition, we noticed that the hash board using this chip has better performance and great flexibility in configuration.