The top 10 most active development teams in cryptocurrencies tracked on the site are: 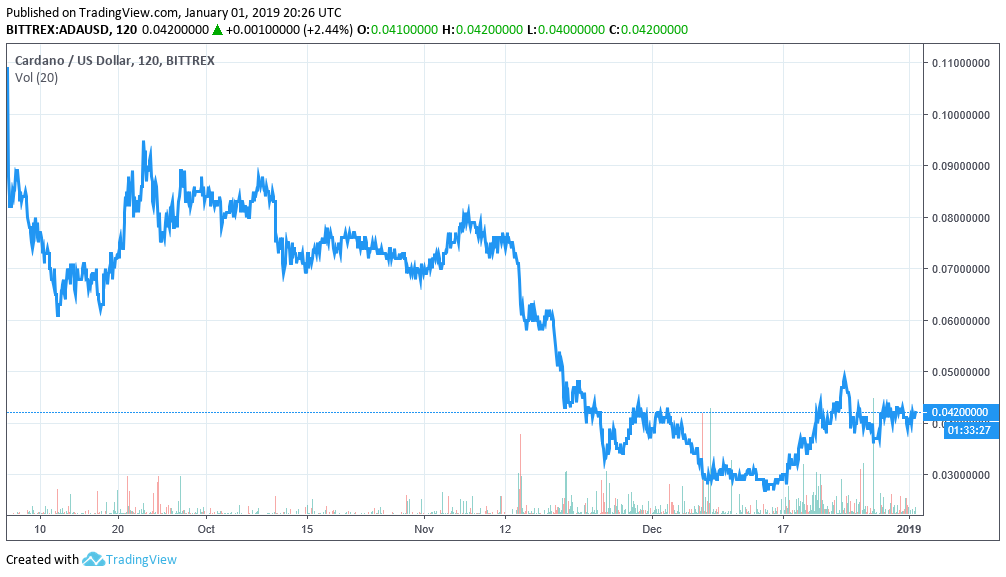 While Cardano ranks at the top in terms of developmental frequency, it is currently #11 in terms of market capitalization. At time of writing, it had a price of just over $0.04 and a 24-hour trading volume of around $13 million.

Tron, which is 6 places below Cardano on the development activity list, is currently a top 10 cryptocurrency by marketcap. It had a 24-hour trading volume of $68 million, a total market cap about 25% higher, and a price-per-token about half of Cardano’s.

Ethereum, which is 4th on the list, is still second on the list of cryptos by market cap, after a significant rebounding push over the past couple of weeks. Perhaps it is notable that it tops both chats. Etheruem has multiple development repositories, but only its core client development is tracked by CoinCodeCap. In all, it seems they might be putting the most work and returning the most market-based results.

Several development teams like Monero and ZCash have their work spread across multiple repositories, which are not necessarily tracked by the site or immediately evident. In the case of Monero, it has two main development branches, one for its GUI wallet and one for its daemon implementation. Bitcoin, on the other hand, does the majority of its development in a single repository.

Here are the top ten cryptocurrencies by market capitalization and their current rankings by CoinCodeCap:

We add Cardano since Tether is not an actively developed cryptocurrency, but a smart contract which issues and destroys tokens based on investments. We tracked down the data for Bitcoin SV ourselves: according to a Curl request using Github’s API for statistics of repositories, there have been just two commits to the Bitcoin-SV repository in the weeks since November 15th, the day it forked away from Bitcoin Cash.

There were numerous commits prior to the actual day of the fork, but CoinCodeCap and this article are mainly talking about native work on the active development fork. To be fair, Bitcoin SV has only existed a very short time and much of their work seems to be in “testing” stages.