The article takes the AVIC 1.3 version of the water-cooled container as an example to explain in detail. If your product is from other manufacturers or other versions, it may be slightly different from this parameter, which is for reference only.

1. The switch in the electric control cabinet is shown in the figure below 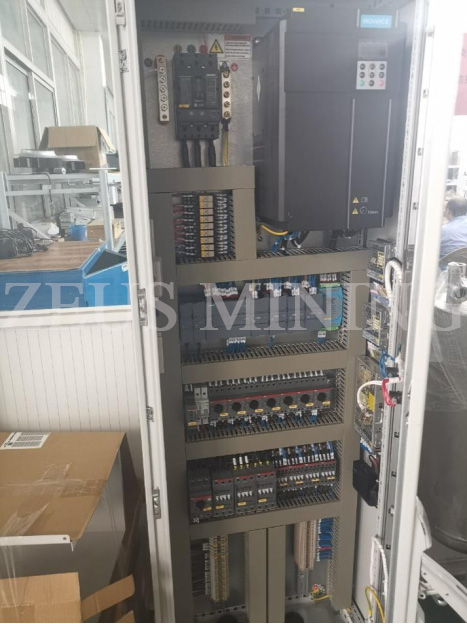 2. Precautions when the system is powered on for the first time

After the wiring of the whole system is completed, the unit can be powered on and debugged.

However, before powering on, it is also necessary to use a multimeter to measure whether there is a short circuit between the phases of the two power supplies, between phases and zero, between phases and ground, and between zero and ground. If not, it means it can be powered on normally. If there is a short circuit to any of the above, you should troubleshoot the problem before powering up.

When the system's front end is powered on, and the voltage meets the device's requirements, the system can be powered on at this time.

When the electric control cabinet door is opened, first open MCB17, then open MCB18 and MSS6, and then open the front circuit breaker of the inverter. MCB-DC1, MCB-DC2 and MCB-DC3 are 24V, 12V and 5V DC switches. After powering up, make sure the three switches are on. At this point, the screen and PLC on the cabinet door start to work.

When the electric control cabinet door is closed, and the system needs to be powered on, first turn on the protection switches of MCB18, MSS6, MCB-DC1, MCB-DC2, MCB-DC3 and the front end of the inverter in the cabinet, and then close the cabinet door. Next, open the MCB17 via the door operating handle. At this point, the unit is powered up.

Electricians with experience in electrical maintenance can operate the system through the touch screen, set parameters, modify thresholds, change the operating mode (automatic/manual), start and stop a motor individually or run automatically. At this time, the liquid cooling system can be operated first, and the temperature of the liquid supply can be controlled within the required temperature range. Then the conditions for opening the computing unit can be met.

2) After powering on the electric control box:

According to the control system's operation process, when the liquid supply temperature is maintained near the target temperature, the conditions for starting the computing unit are met. At this point, you can open the circuit breakers in power distribution cabinets A and B to start powering on the computing unit. The power-on sequence of the PDC is as follows:

When the computing unit is powered off, and the liquid cooling system is manually stopped through the touch screen, the water temperature will rise slightly at this time, but it does not affect the system. Finally, disconnect the main power supply of the electric control box and the power distribution cabinet so that the system is in a complete power failure.

The above practice is the behavior of safe power off. However, when there is a severe fault in the system, you can directly press the emergency stop button on the inner door of the container to make the main circuit breaker of the power distribution cabinet and the main circuit breaker of the electric control box trip instantaneously, so that the system is entirely powered off. It is convenient for professionals to carry out maintenance work.