How to Repair Whatsminer M3 Hash Board? 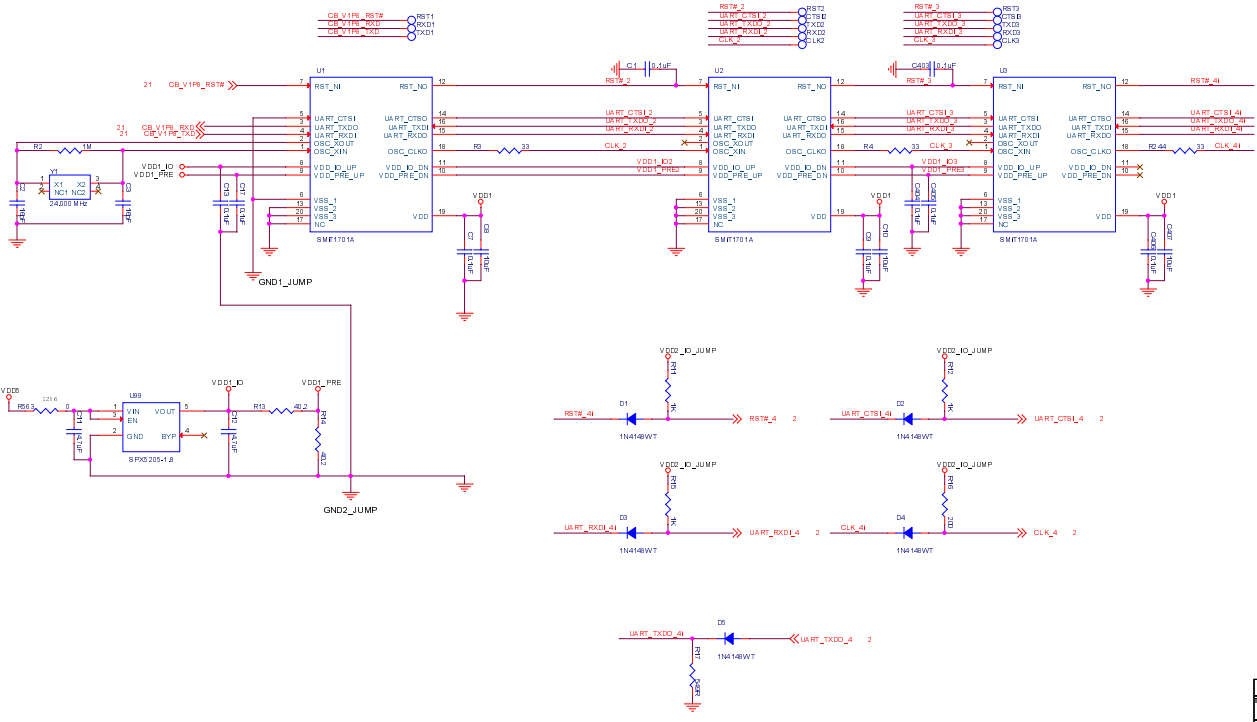 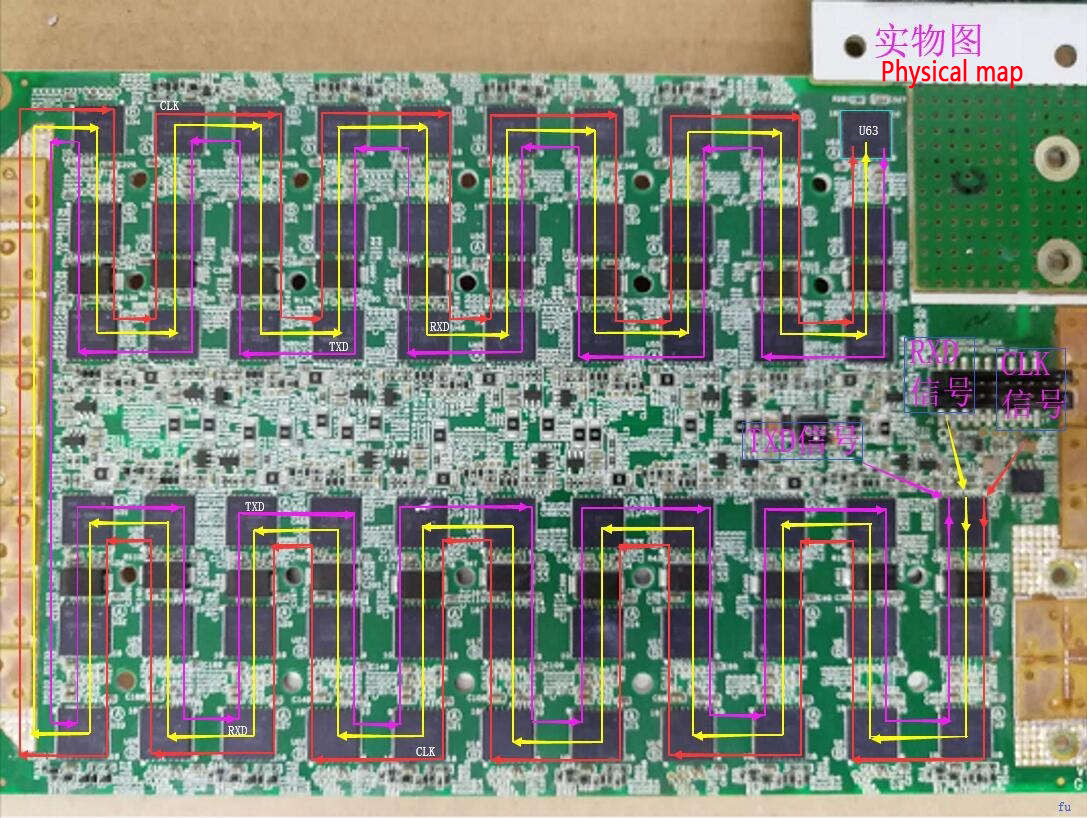 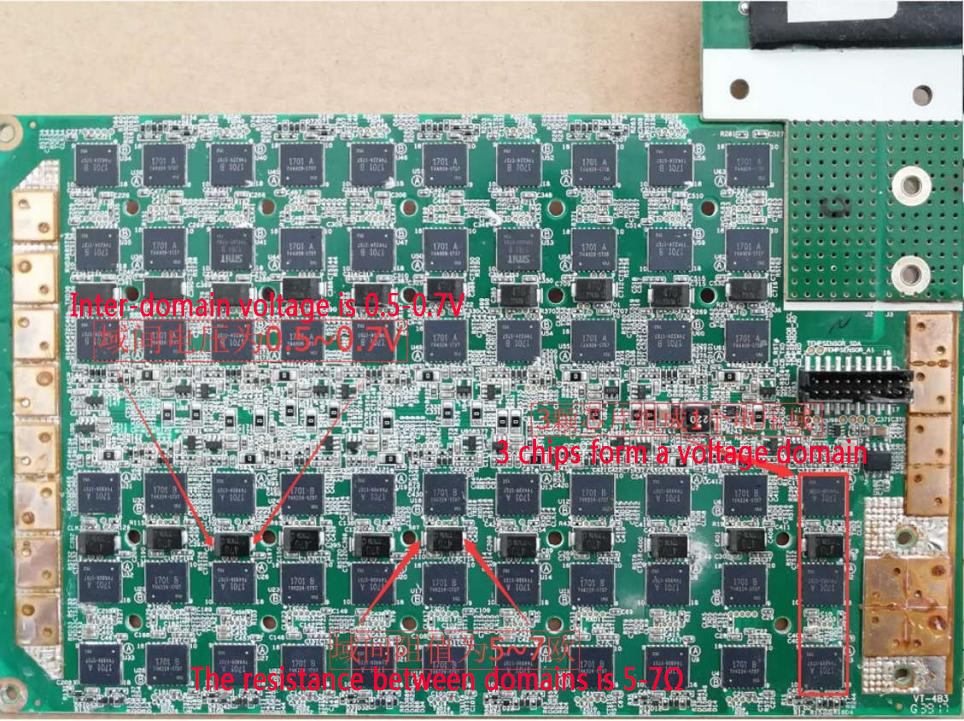 3. There are test points and temperature sensors between the chips. 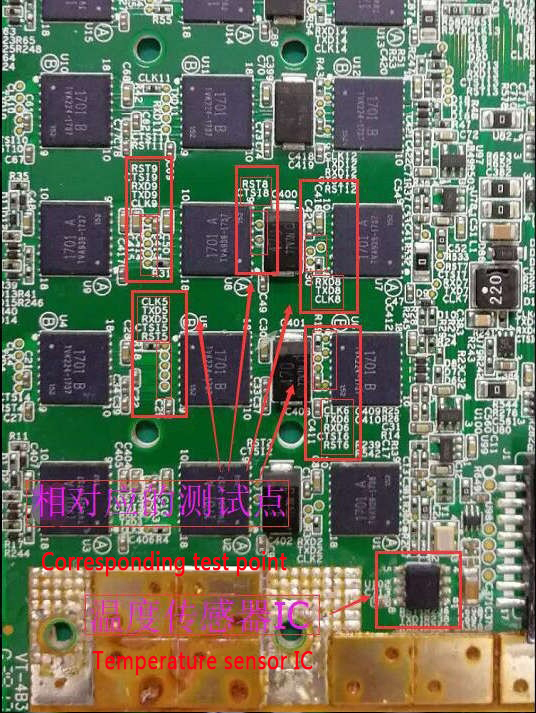 The system shows that the hash board is faulty during maintenance: It contains the following three phenomena: unable to read the chip (Figure 1), read only part of the chip (Figure 2), and low hash rate (Figure 3), eligibility criteria shown in Figure 4.

1. Introduction to the system interface display 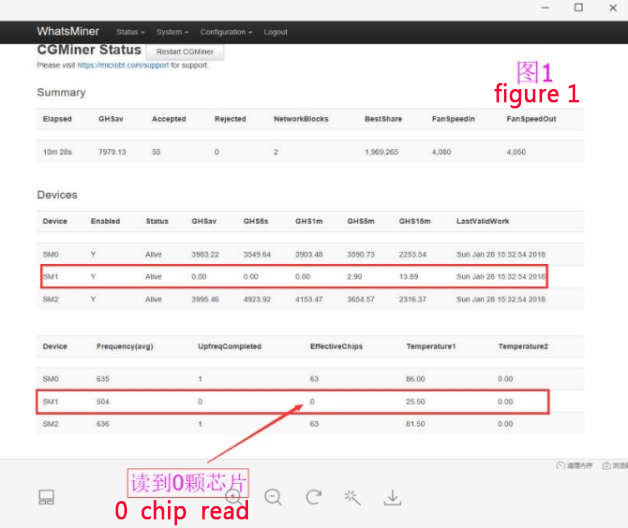 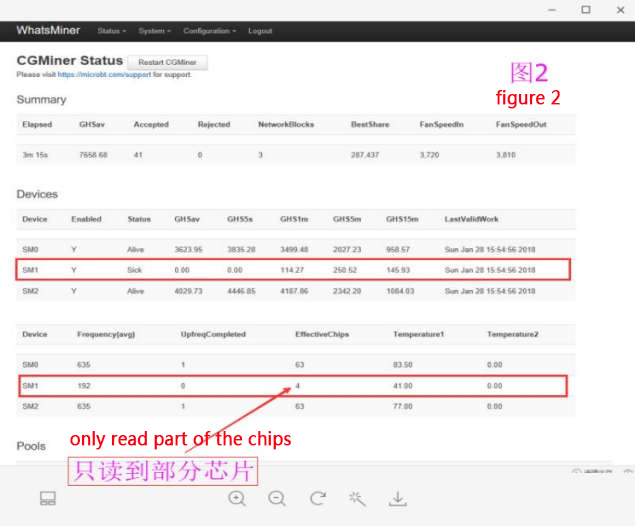 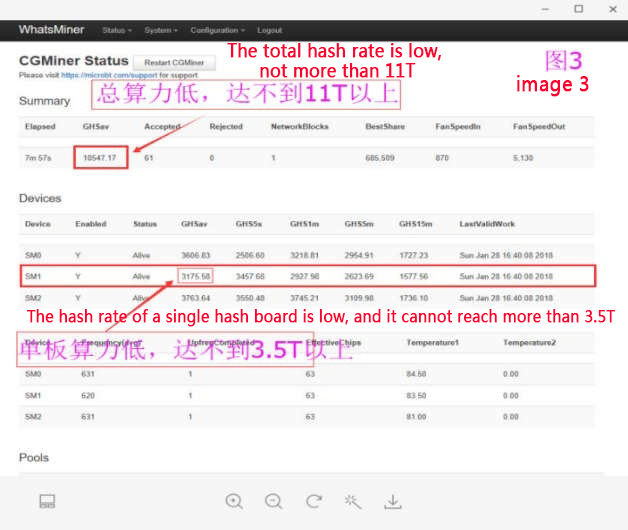 Find the faulty miner, and then find the corresponding hash board to be repaired. 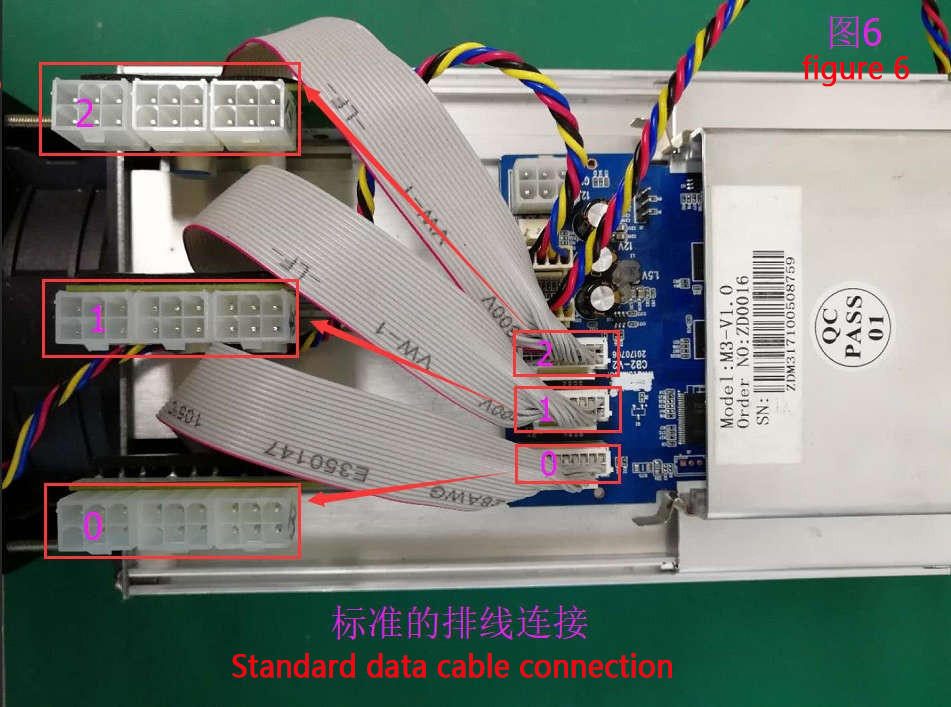 2. The non-standard connection is the interface shown by the system and the control board SM0, SM1, SM2, not the SM0, SM1, SM2 interface of the corresponding hash board (Figure 7)


1. Can't read the chip
The monitoring system is shown in Figure 1 above
Use the test software (test-readchipid) to test read-only chips to 0. The interface is shown as follows: 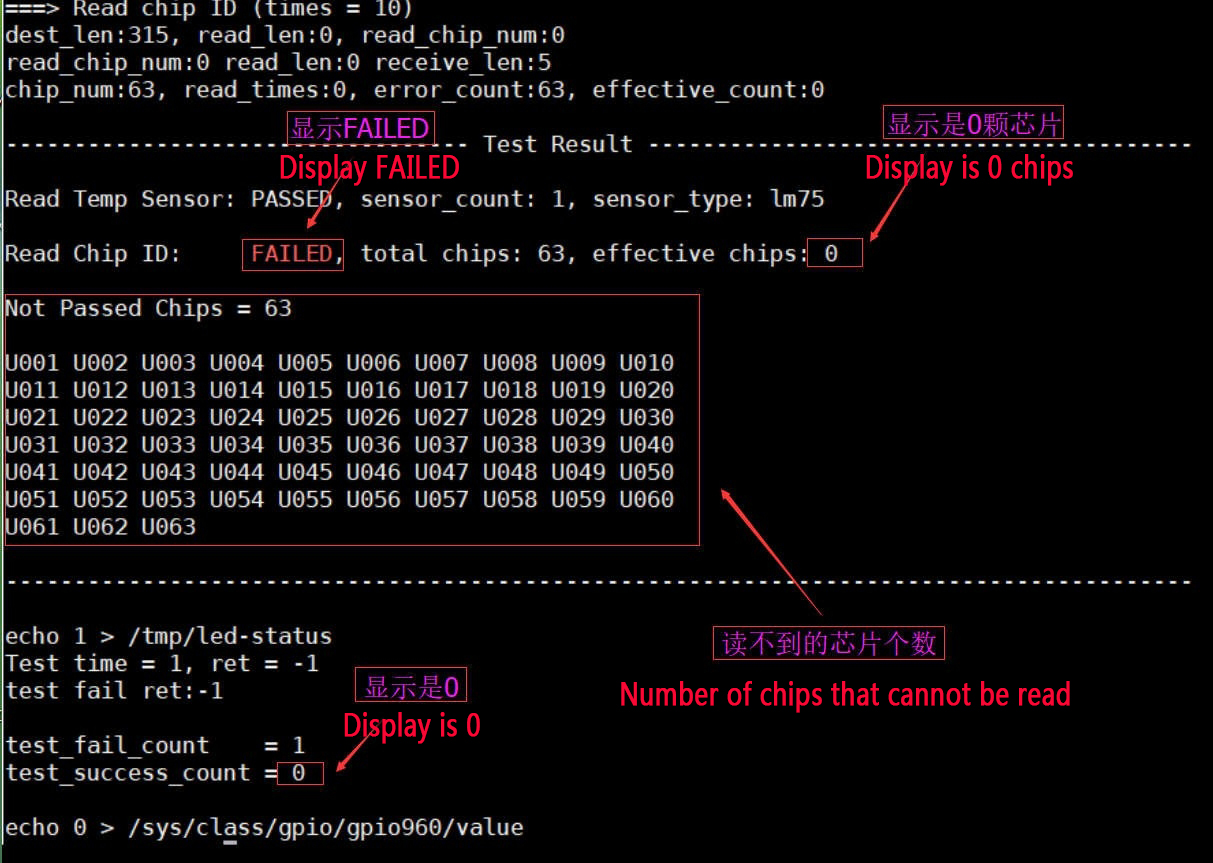 Read the display interface of all 63 chips. Repair example: software test shows 0 chips, use the multimeter Fluke 15b+ DC voltage to measure the CLK test point (as shown in Figure 1b), and the measured value is 0.3V, and the 24M clock voltage is measured as 1.8V (as shown in Figure 2d), so the u1 chip is judged wrong, replace u1, and the power-on test is OK. 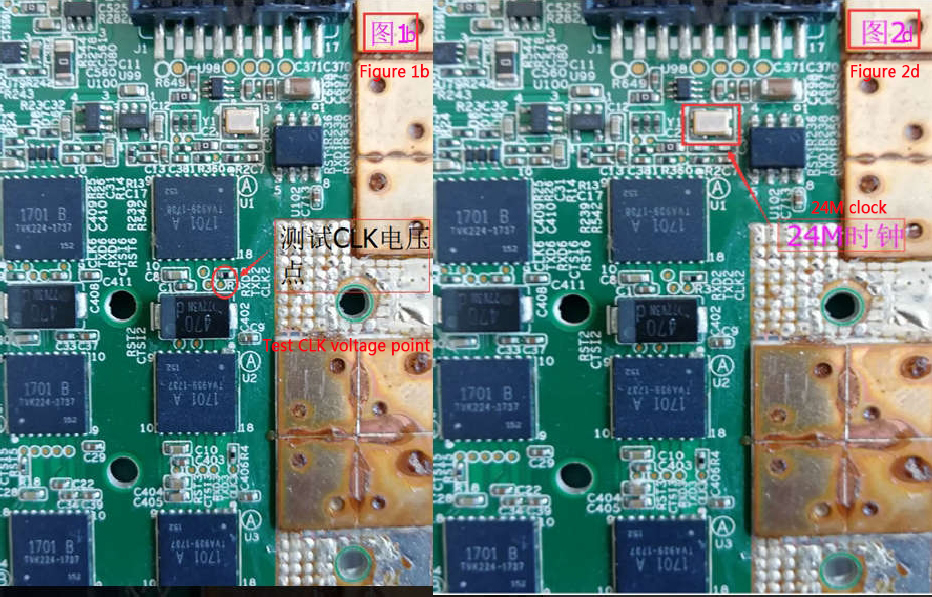 Summary: M3 clock is provided by u1 to u2, u2 is provided to u3 and transmitted to u63. The chip cannot work without the clock, so 0 chips are read.

2. Read only to part of the chip The test software can only test 49 chips, and the interface display is as follows: 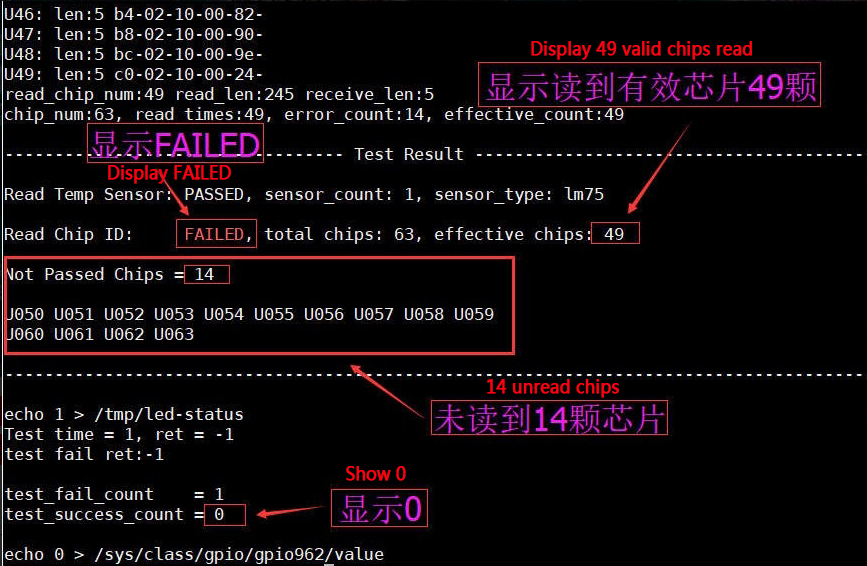 3. The hash rate of a single hash board is low The monitoring system displays as shown in Figure 3 above Maintenance example 1: To enter the system interface, first click Status and then CGMiner APILog to enter the backstage.

Go to the backstage to find SM1 and find the chip location with a low core count, as shown below: 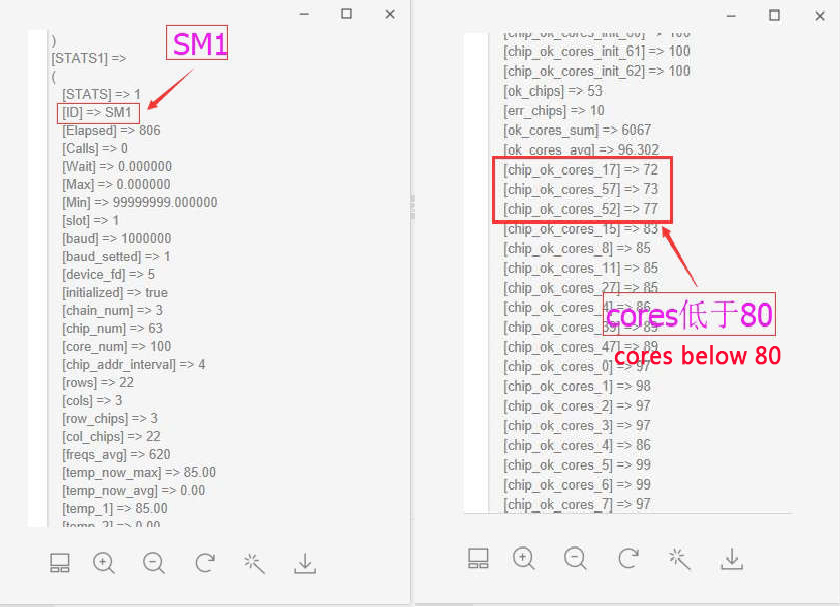 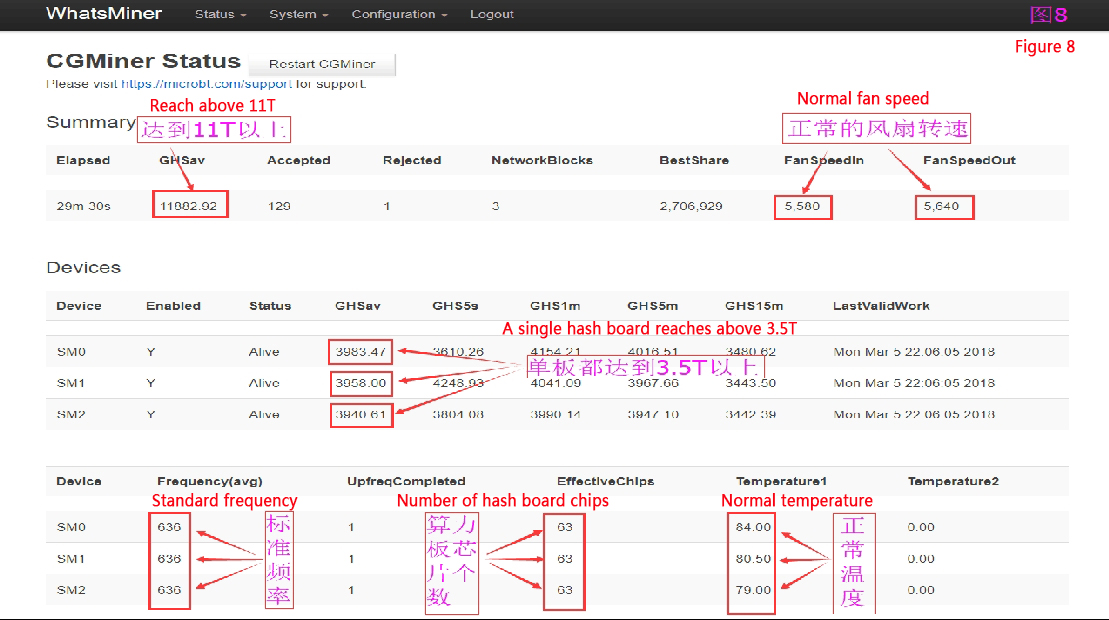 Repair example 2: Test with the test software (test-hashboard), the interface is displayed as follows (Special reminder: Use the test-hashboard to test, you must install the upper and lower heat sink to test. Otherwise the chip will be severely burned!) 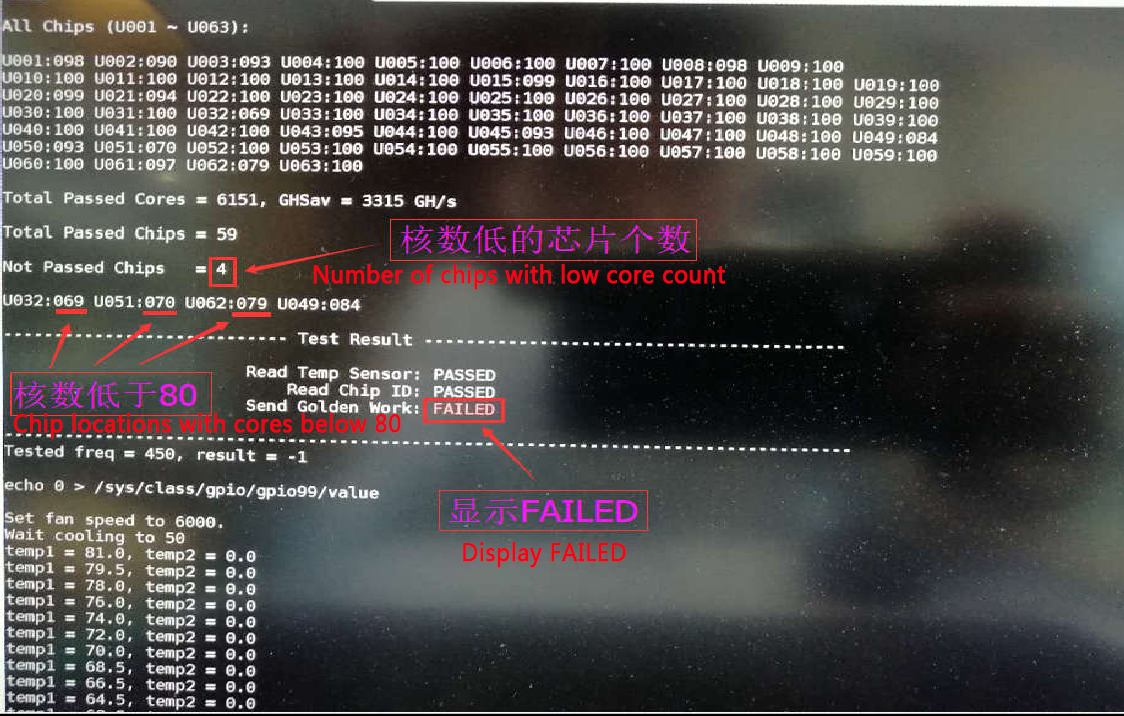 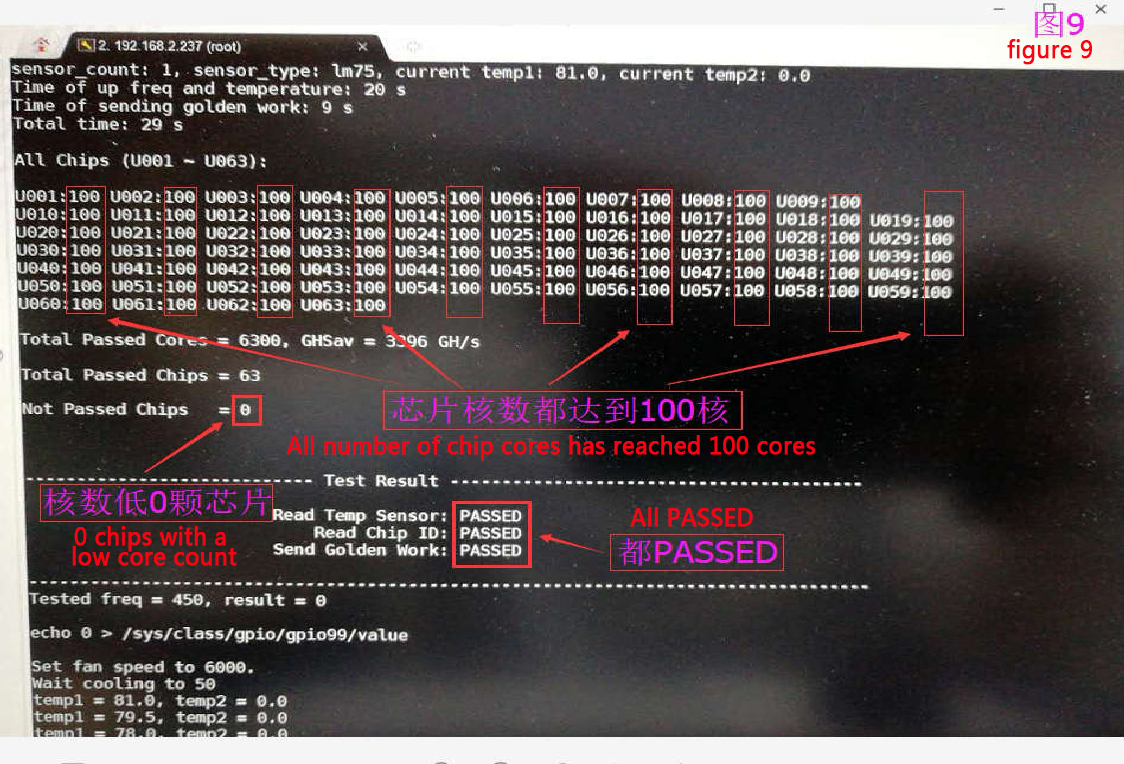 We rarely use oscilloscope tools in our repairs. Here is a brief introduction: 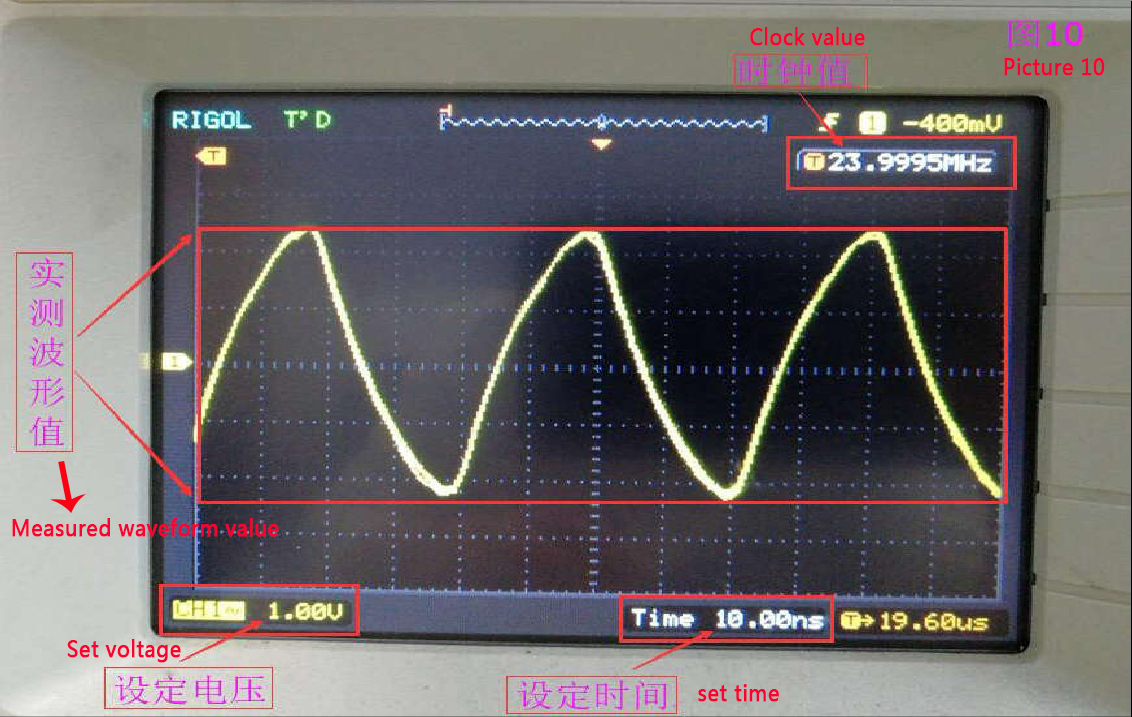 3. Measure the TXD signal, set the oscilloscope to 1.0V, set the time tox 5.0us, and measure a waveform with a voltage around 1.8V, as shown in Figure 12:

The oscilloscope model is different. The setting value is also different. The above is just for reference. Pay attention to some details in daily maintenance to avoid unnecessary losses. For example, when plugging in or unplugging the data cable and 12V6P cable, be sure to cut off the power. Also, regularly check whether the fan speed slows down or runs at a low speed. Clean the dust regularly, more than twice a month. If the dust accumulates on the hash board and becomes damp, it will easily cause a short circuit. The picture of the failure of the hash board caused by the failure to remove the dust in time: 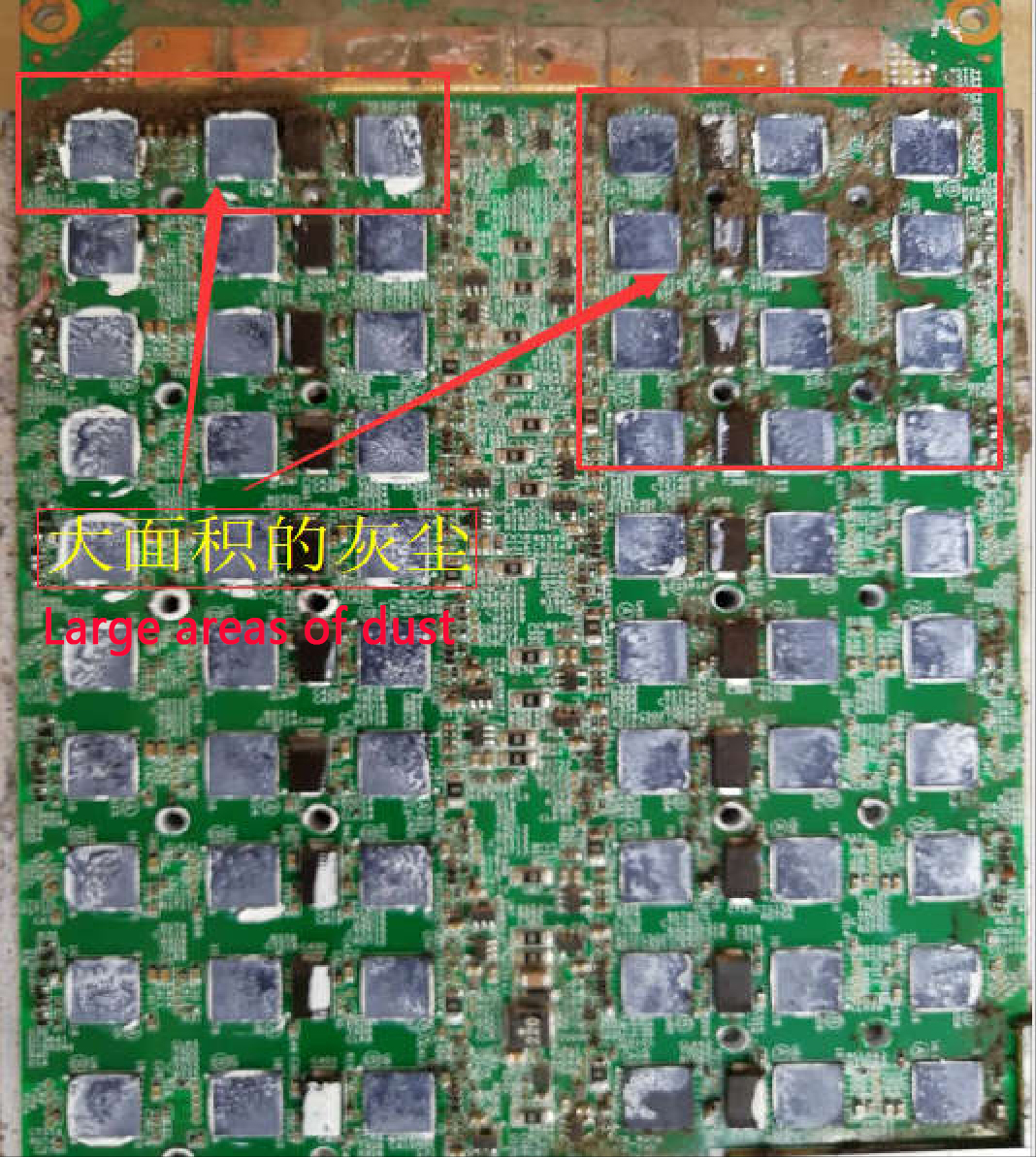 Picture of the whole miner installed: