(1) E3 is a separate test fixture, which is not common to miners such as S9. The serial port connection is the same as other test fixtures. 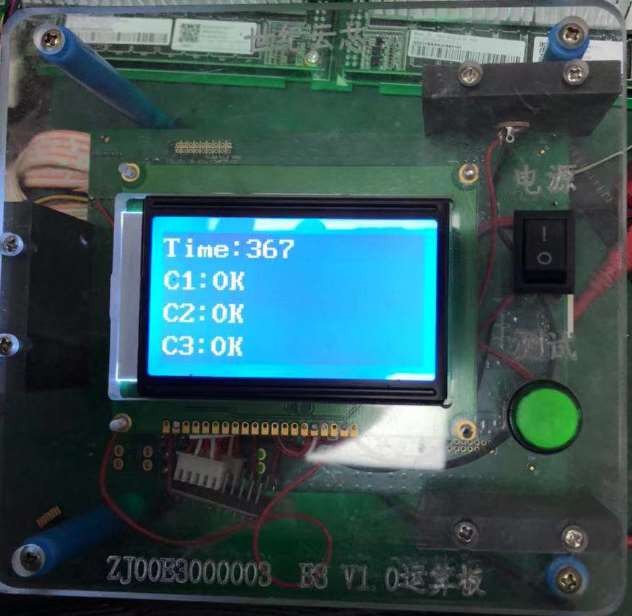 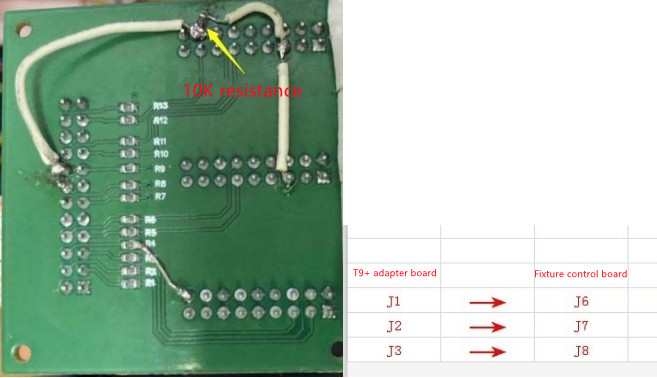 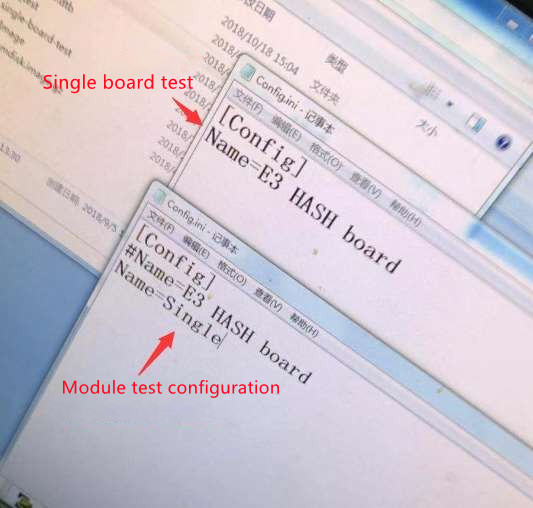 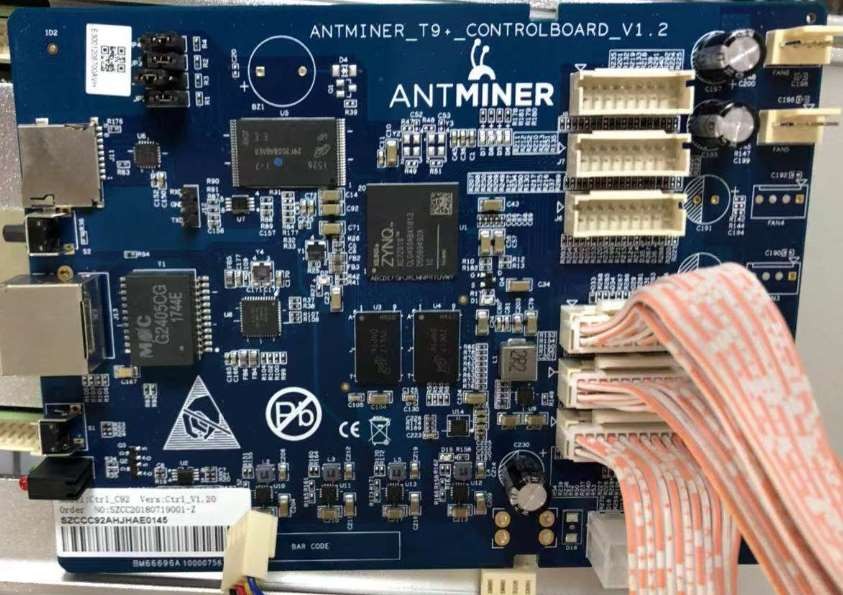 (2) The structure of the hash board, as shown in the figure below, can be split into an expansion board and a module board. 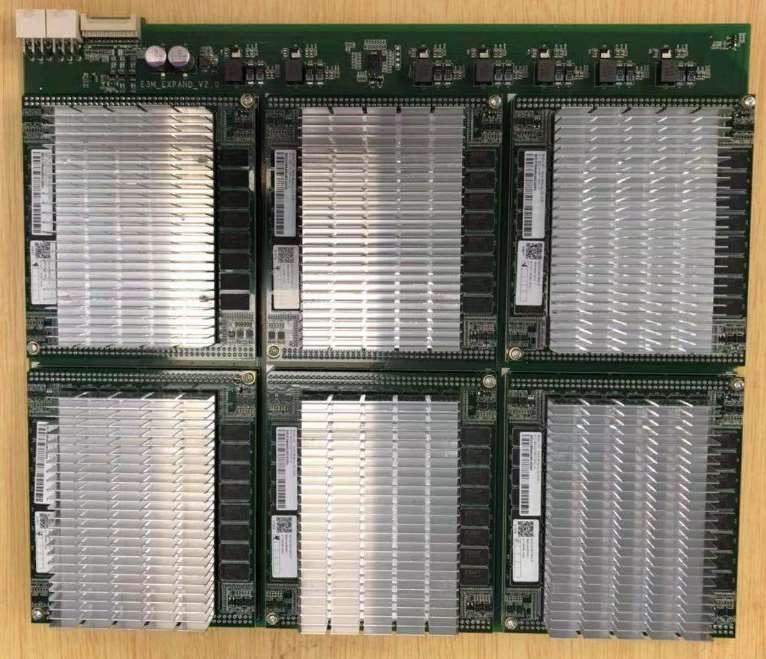 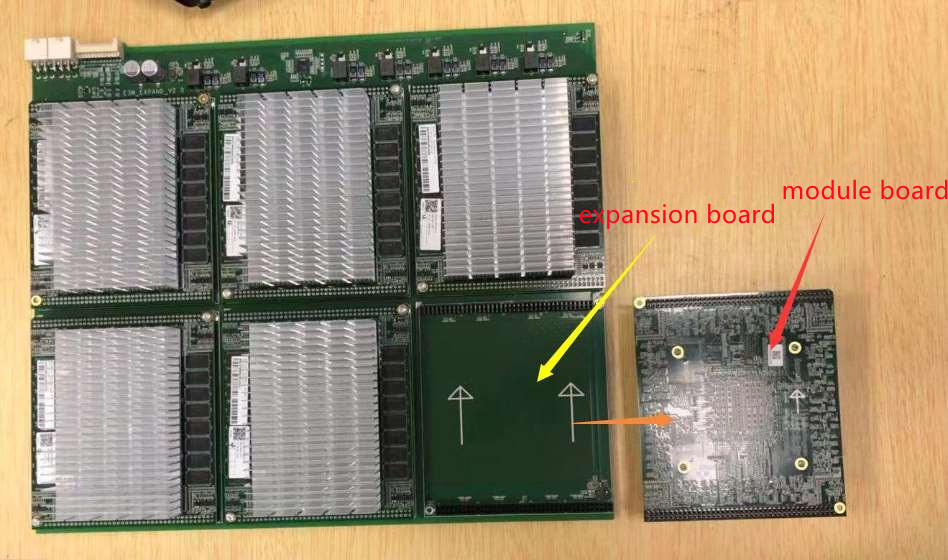 Pay attention to the direction when installing: 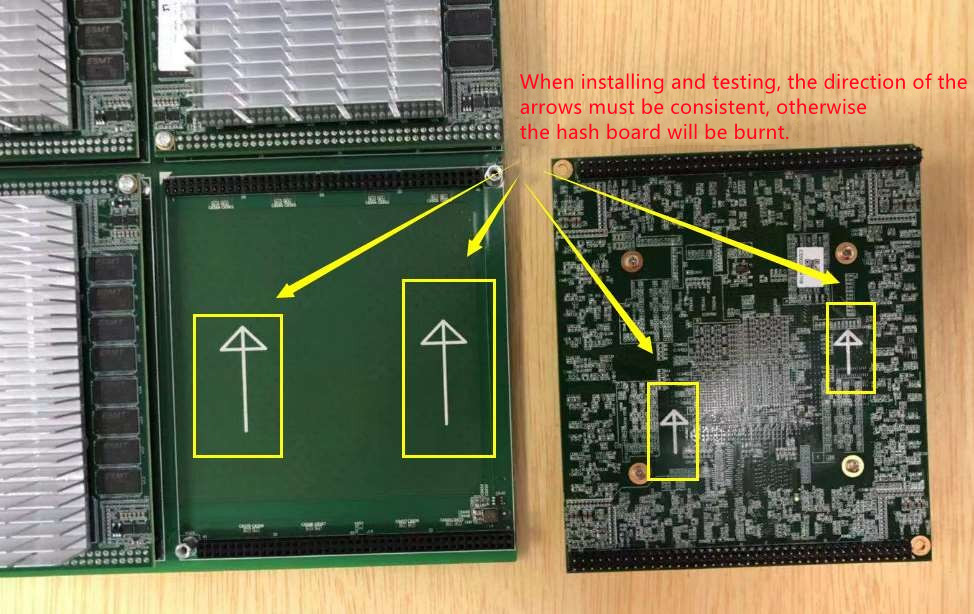 The whole miner corresponds to the background, and the 3 cable interfaces of the E3 control board are J2, J3, and J4. There are 9 chains in the backend of the miner, and each chain has 2 chips, a total of 18 MB1790 chips. 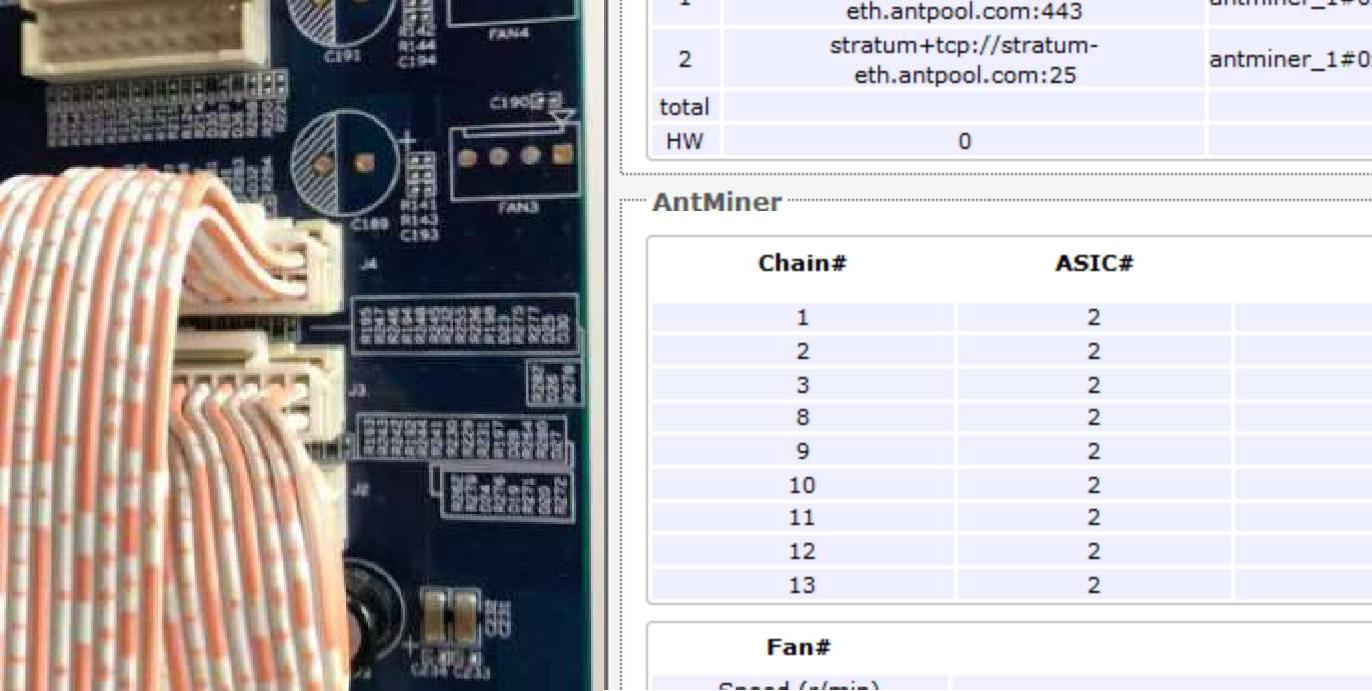 The chip of each chain in the background is normally displayed as OO. If there is BB, CC, X,? Or there is no O, and it is generally abnormal. If such an abnormality occurs, you can find the corresponding module board according to the corresponding relationship and replace it.

Normal as shown below: 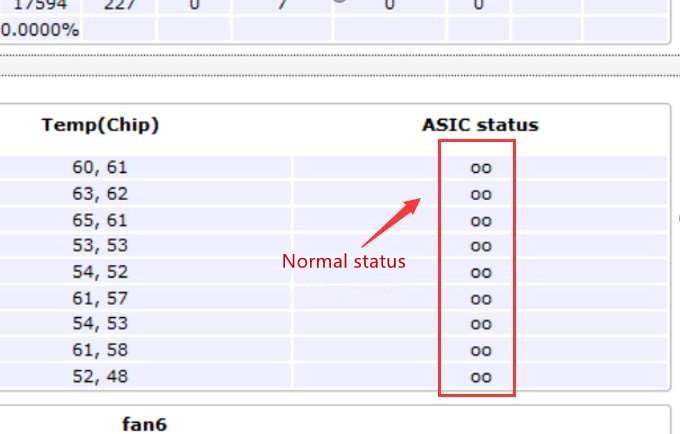 The test fixture adapter board should be wired according to J1, J2, J3 corresponding to the control board J6, J7, J8. Note that if the wiring board is misconnected, the following errors will also result:

The corresponding relationship is as follows:

(1) One of the 3.3V power supply MOS of the expansion board is burned out. 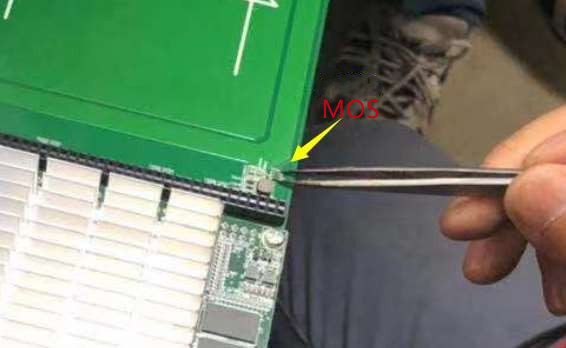 Measure whether the corresponding power supply part of the module board is short-circuited and test it as shown in the figure below.

(2) Unable to enter the miner backstage.

Re-upgrade the control board program.