Where are the various chips on the Antmienr V9 hash board?

Today, let's look at the detailed report of the Antminer V9 hash board, which includes the types, locations, and functions of all chips on the V9 hash board.

Below the dense heat sink are the ASIC chips of the V9 hash board; each of the hash boards carries 45 BM1580L3 ASIC chips. Connected to the heat sink by thermosetting adhesive, they are mainly responsible for the hash rate calculation of the V9 miner.

The MOS chip TPHR9003NL is mainly used to check the voltage output in the voltage domain. By measuring the output of the power supply terminal of the hash board, it can judge whether the MOS is short-circuited. Under normal circumstances, the voltage is unstable, and the lightning surge will cause damage to the MOS.

The SGM3750 is a 650kHz boost converter for driving series LEDs. The chip integrates LED open circuit protection, preventing the chip from being damaged due to overvoltage under LED open circuit conditions. It is packaged in a green TDFN-2×2-6L technology, with an operating temperature range of -40°C to +85°C and an operating voltage between 2.7V and 20V.

The PIC16F1704 is an 8-bit microcontroller processor that combines intelligent analog integration with low cost and shallow power consumption, mainly used to maintain hash boards. The operating temperature of the chip is between -40°C and 85°C.

TMP757CK is the product number of the miniature temperature sensor chip TMP75 series, in small 8-pin MSOP and 8-pin SOIC packages, mainly used for sensing hash board temperature; it can be accurate to -1°C (typ), -40° C to +125°C ambient temperature, it is suitable for Antminer S9, T9+, S9se, S11, S15, V9, and other hash boards.

The BL9198 DD7R is a CMOS LDO regulator designed for portable RF and wireless applications with demanding performance and space requirements. Performance is optimized for battery-powered systems, delivering ultra-low noise and low quiescent current. The device consumes less than 0.01µA in shutdown and has a fast turn-on time of less than 50µs. 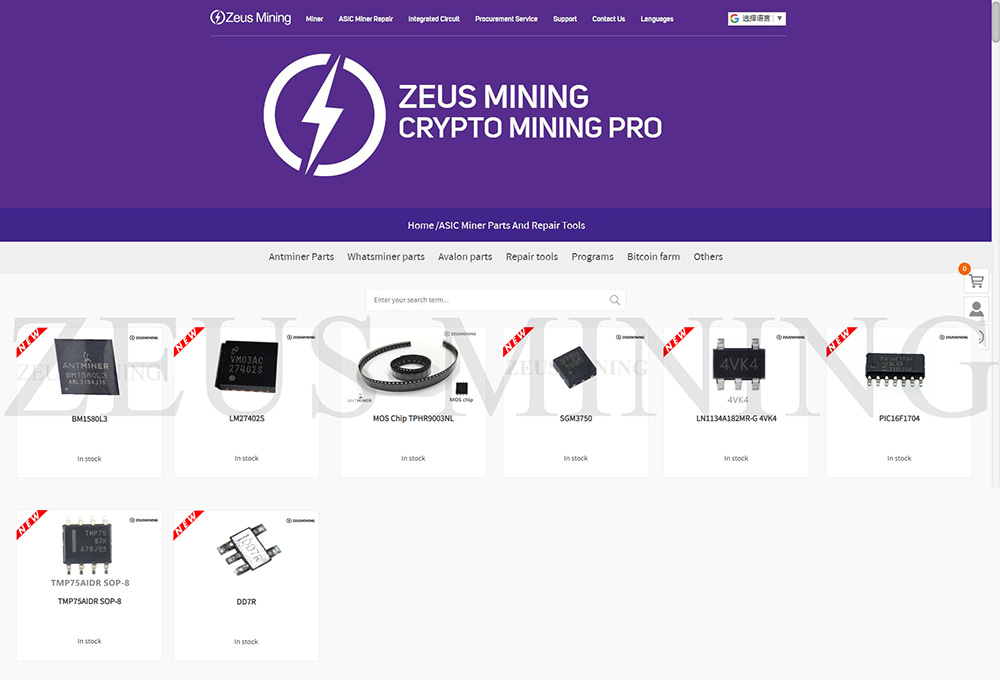 Recently, some scammer falsely claimed to be an employee of our company.
For your safety, please check our right contact way: Here