Anthony Pompliano, co-founder of Morgan Creek Digital Assets, a US investor and investment company, posted a tweet on October 15. It is expected that the 18 million bitcoin (BTC) will be mined this Friday.

Pompliano also pointed out that currently only 3 million BTCs are available for mining. The tweet calls for raising awareness of the world's best-known cryptocurrencies:

"The 18 million bitcoins will be mined this Friday. There are only 3 million. Let us be the trend of topic tags so that the world can understand Bitcoin."

This move is not surprising, as he said that in the CNBC forum, more than half of his net worth is in Bitcoin in August. He hinted that according to the BitcoinBlockHalf data of the Bitcoin data website, 17,997,150 BTCs have been mined so far, and the system has set a BTC limit of 21 million.

Bitcoin block rewards will be reduced

As the number of tokens earned by protecting the Bitcoin blockchain continues to decrease, the halving of BTC is also close. The move will see a halving of the number of bitcoins created in each new block.

BitcoinBlockHalf estimates that due to the irregularity of Bitcoin block time, the halving date is tentatively scheduled for May 14, 2020 - the block reward will be reduced from 12.5 coins to 6.25 coins. The website also pointed out that 85.7% of all BTCs have been mined.

As the number of BTCs mined decreases, competition for these bitcoins seems to increase. Bitcoin's network hash rate surpassed a record 10.2 billion hashes for the first time in token history. 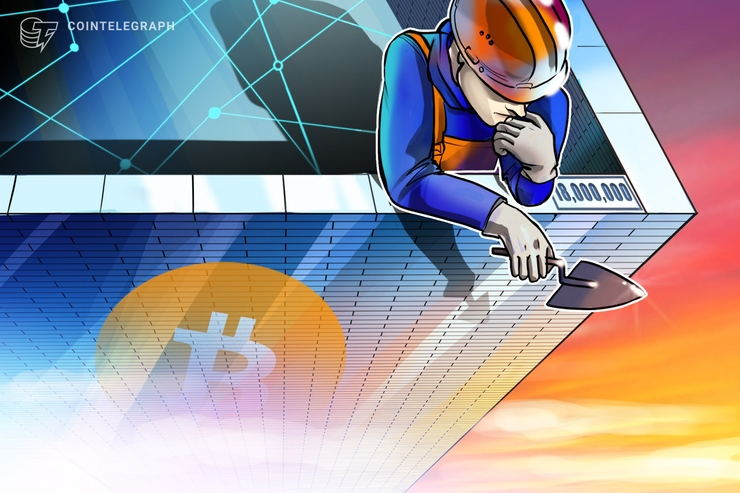