A11 series miner models, in terms of assembly, have two obvious differences with other models, please refer to the following figure:

1. From left to right, the hash board is Hashboard 1---Hashboard 4;

2. There is no SPI cable, the A11 series control board and the hash board are connected through the adapter board. 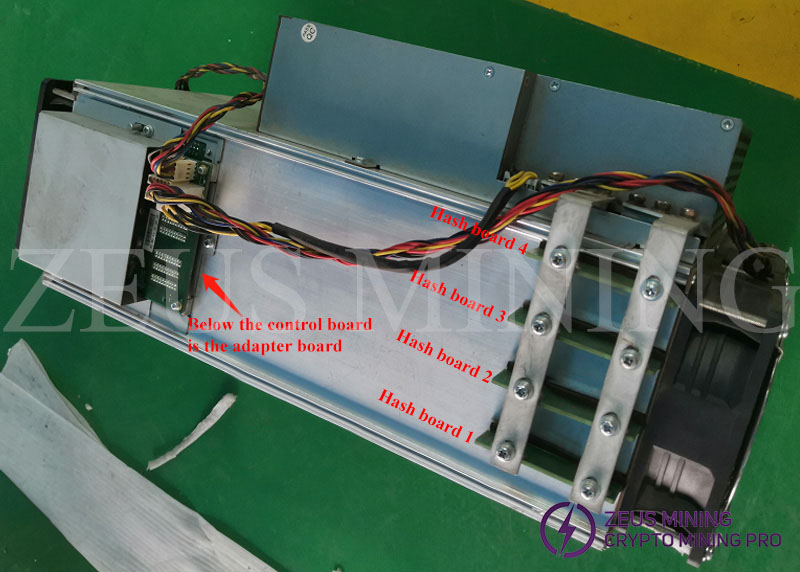 There are currently 6 types of models:

A8P is equivalent to A11

Due to the different DDR particles (brand, particle capacity), each model cannot be assembled at will!

There are two types of SN code information:

The mutual assemble principle of the RB51 SN code:

1. They can be directly assemble with each other;

The mutual assemble principle of the RA51 SN code:

1. The sixth digit of SN code must be the same; 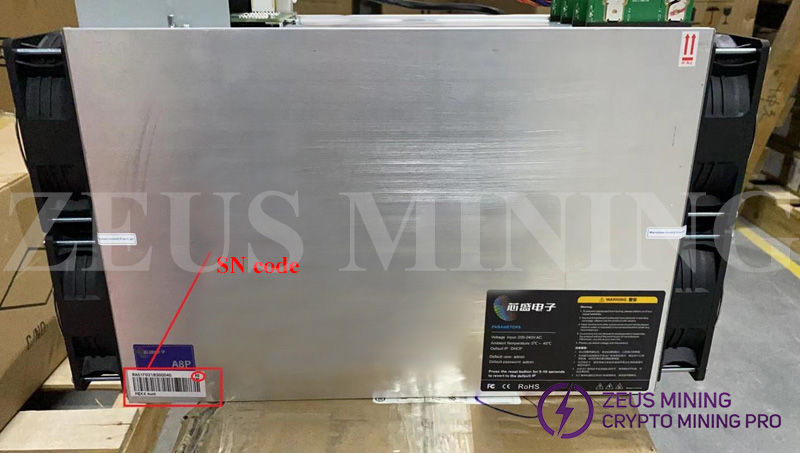 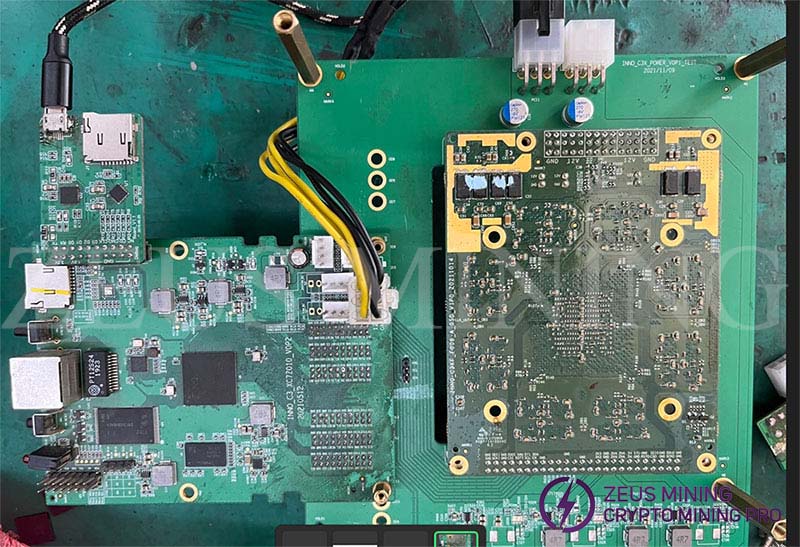 Taking the maintenance of the faulty miner as an example, the repair steps are as follows:

1. Before powering on, you need to use the buzzer gear of the UT890D+ multimeter to detect whether there is a short circuit fault at the power supply end of the hash board;

4. If there is no short circuit, you can power on the whole miner, plug in the internet cable, scan the miner operation status and error information (refer to the picture below for the error code), and locate the faulty hash board;

1. Clean the dust on the surface and inside of the hash module in turn;

2. Visual inspection to see if there is corrosion or loss of capacitors, resistors, etc., and targeted repair;

4. After confirming that there is no short circuit, install the hash module to be repaired on the single-module power supply board, power on and test, and measure the output of the 6 voltage points (as shown in the upper left), with the help of the repair test program (refer to the test page below figure) to locate the fault point and carry out maintenance (Note: the hash module cannot be powered on for a long time without a heat sink). 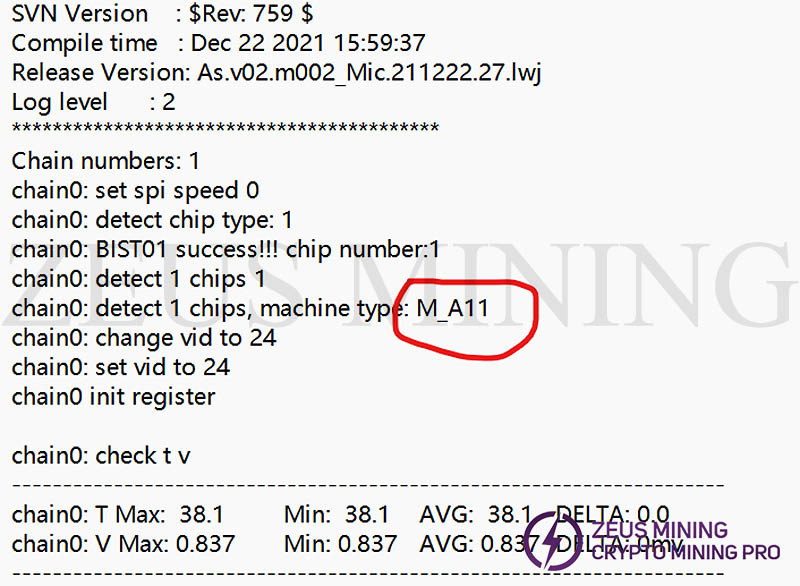 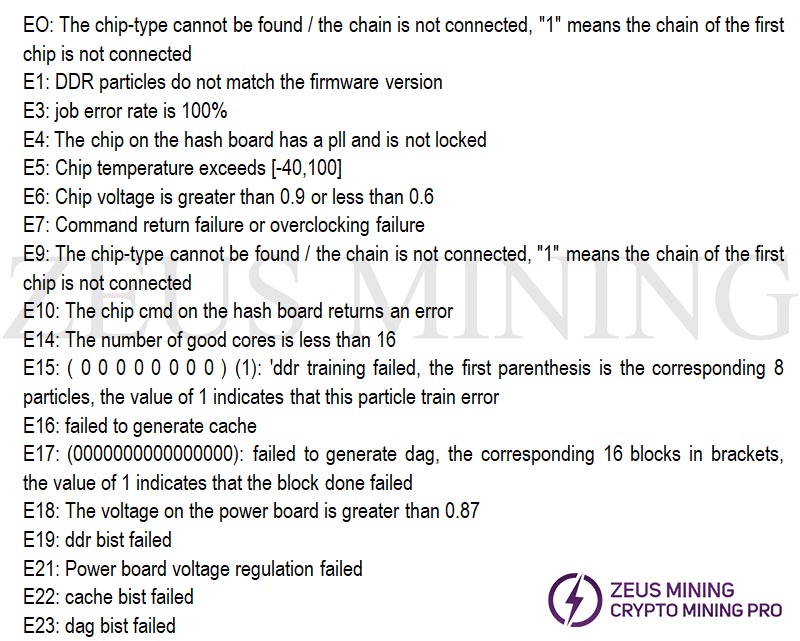 (1) If the chain fails, an error E0 will be reported, followed by the wrong module number. There are 8 hashboard modules on each board as shown in the figure below. The board test locates the specific module problem and removes the module for maintenance. Most of the faults are caused by the failure of the chain, which may be caused by the adapter board or the corrosion of the module. Only the repair of E0 is listed below. Other error codes are not recommended to be repaired by yourself. 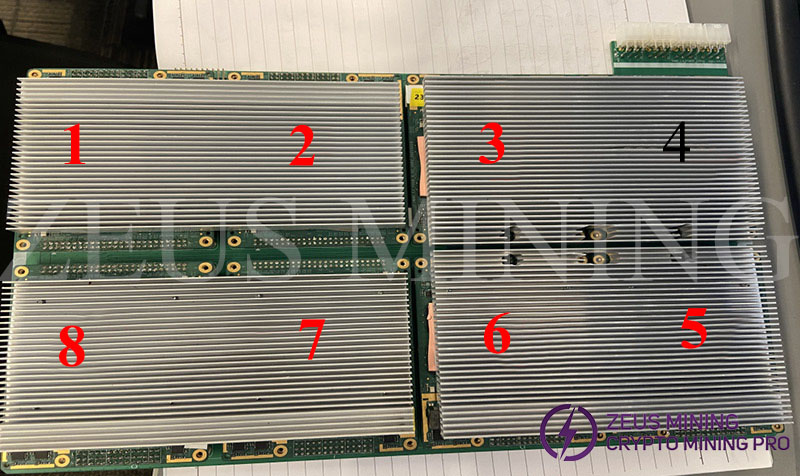 (2) Timing diagram of module voltage (referring to which voltage comes first and then which voltage), refer to the following diagram for repair in order to ensure that the voltage is all right. 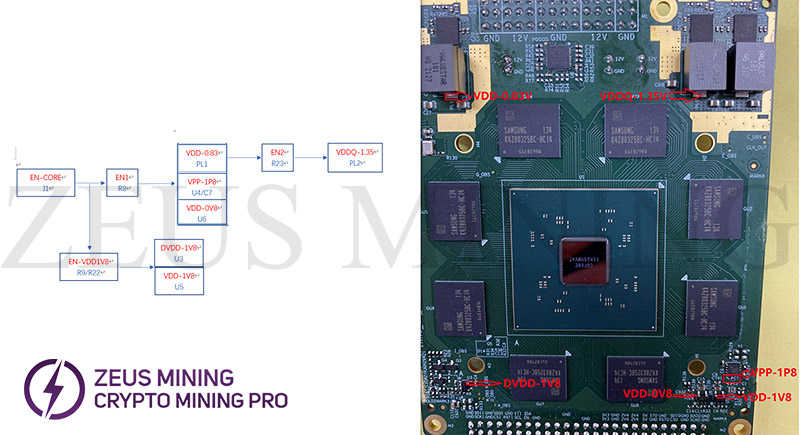 1. Fauty problem due to corrosion

The common problem of A11 series miners is the failure caused by corrosion. The modules, power boards and adapter boards near the air inlet have a high probability of failure.

(1) The computing power module is corroded and disconnected; 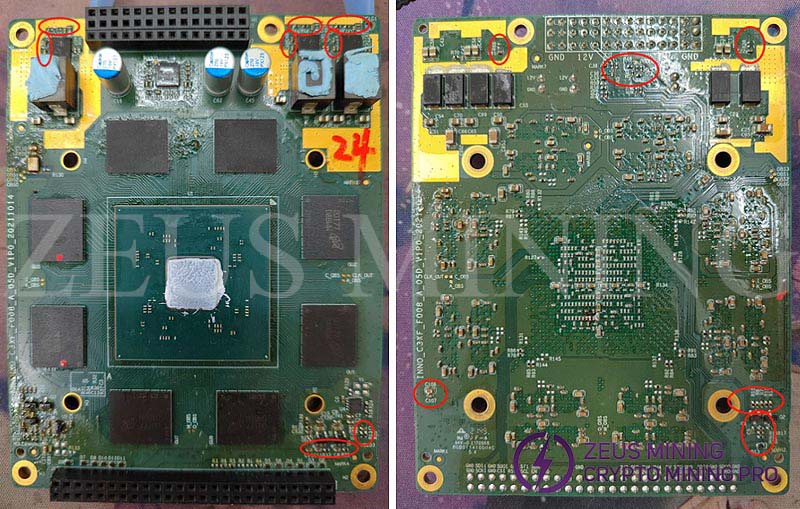 (2) Corrosion and disconnection of the power board; 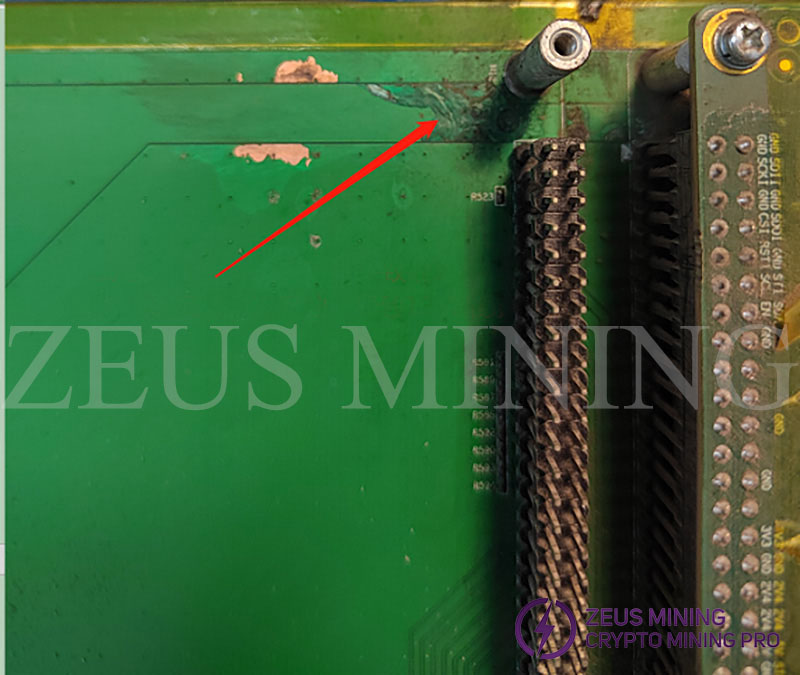 For a hash board module with corrosion phenomenon, there is a high probability that one or more of the 6 output voltages have problems. Carefully observe the corrosion point or refer to the timing diagram to find the problem point. After finding the disconnection position, refer to the following circuit diagram to jump wire.

2. The adapter board is faulty

There are also many problems that are prone to occur with the adapter board:

(2) The adapter board's socket is damaged;

When the adapter board and the hash board are assembled, the alignment of the pins and sockets cannot be seen intuitively, and there are many pins, deviations in the alignment, and brute force installation will cause the pins to be deformed, dislocated, or even damaged.

1. The disassembly and installation of the adapter board must be gentle, and brute force should not be used.

When disassembling, you can pry it up little by little near the four corners of the adapter board, and pay attention to protect the pins of the SPI socket of the hash board.

2. When repairing the hash board or hash module, make sure that each voltage point is not short-circuited to ground before powering on;

3. If the hash module is not equipped with a heat sink, it should not be powered on for a long time to avoid overheating of the main chip and DDR;

4. For the hash module at the air inlet, a gray strip should be installed on the air inlet side, and the common corrosion-prone positions should be coated with three-anti-glue;

5. When testing the module that reports error E0, there is a high probability that the voltage output is abnormal due to corrosion. If the 6 voltage outputs are normal and stable, and the crystal oscillator is working normally, the fault of error E0 still cannot be solved. It is recommended to gather such modules that cannot be handled and send to professional repair center for repair;

6. When repairing a short-circuited module (usually PL1 / PL2 / PL3 is short-circuited to ground), if it is still short-circuited after removing PL1 / 2 / 3, such modules cannot be repaired on site and need to be sent to professional repair center for unified treatment;

7. There are two common types of the hash module: Samsung RA51 and Magnesium RB51. The repair program (referring to the repair-specific control board) must match the hash board / module to be tested, in order to complete the normal test and display the correct test results. If It is only necessary to verify whether the hash board / module to be tested is connected (whether an error E0 is reported), there is no requirement for the repair program, and the model of the miner / chip appears on the test program display page (you can see the monitored temperature and voltage on the page at this time).

8. For the hash module reporting error E3, if the voltage of the 6 voltage points is normal and stable, it can be regarded as a good module, install it as a complete miner and run it on the shelf to see if it can work normally;

11. Site maintenance point, it is only required to repair the normal faults of the module in question (only the module that reports the error E0 needs to be repaired). For other errors, or faults that cannot be repaired on site, mark the module's error message and send it to the professional repair site for repair.